The BLACK VOID quickstart PDF has been reworked, revamped and updated with new splendid artwork before being released as a free download on drivethruRPG and Modiphius.net.

“We are very excited to launch the quickstart to all the TTRPG gamers out there who may have heard about the game and wants to give it a try before purchasing.” Says Christoffer Sevaldsen, founder of Black Void Games.

BLACK VOID is a dark fantasy game about the fall and resurgence of humanity after cataclysmic events on Earth leaves the remnants of mankind stranded across the uncaring Cosmos.

The game takes place in a distant past, which is both familiar and outlandish in its dark and esoteric ambience. As descendants of the survivors of Earth, characters are human or demi-human, struggling to survive and rebuild everything that was lost.

BLACK VOID uses an original D12-based ruleset. The mechanics are based on a few basic principles, making the rules easy to grasp and implement, which in the end gives more time for the fun bit, namely playing the game. 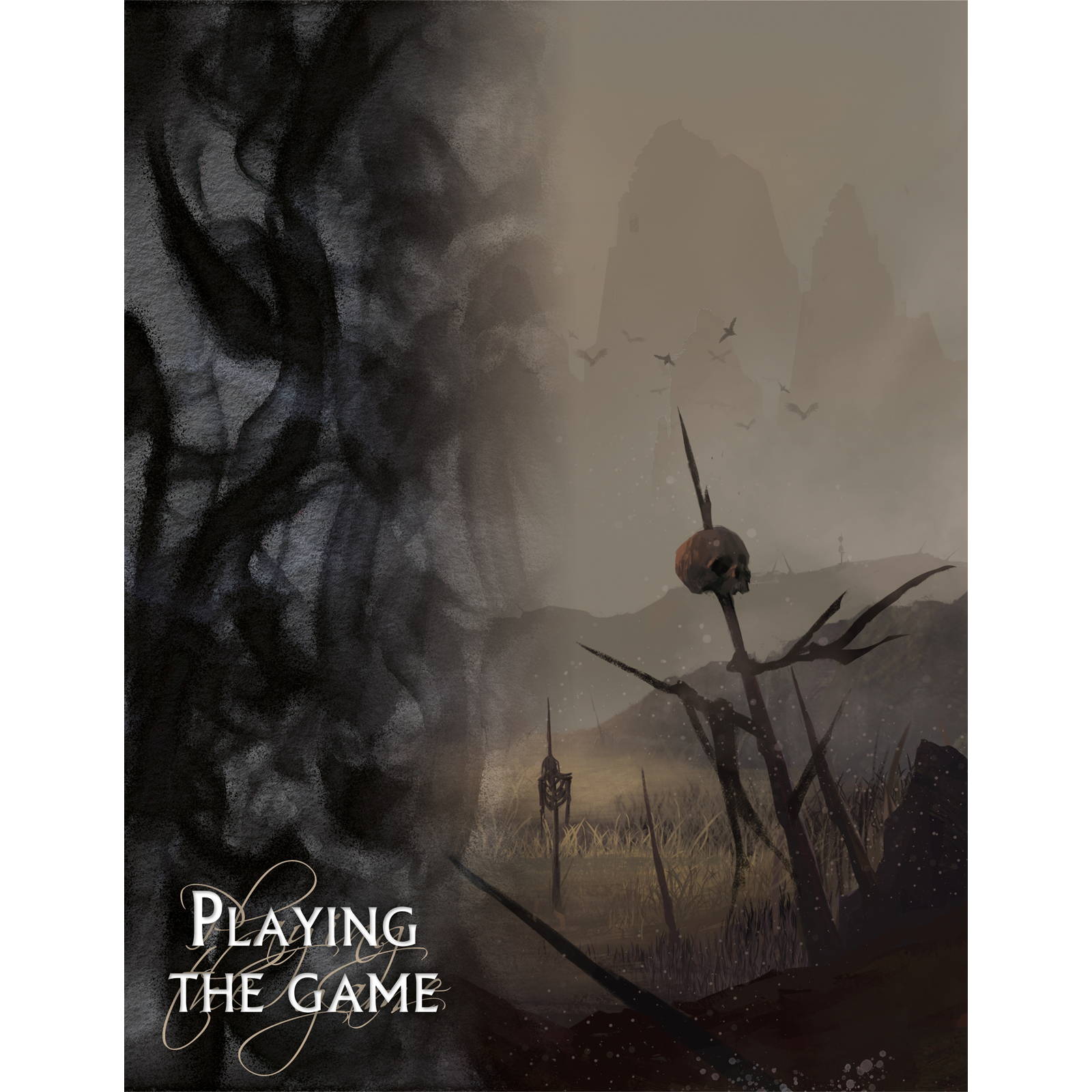 A key feature is that actions can be associated with differing Traits and skills - enabling players to adopt their individual style depending on circumstances or personal preference.

The BLACK VOID character creation rules allow you to “build” a character in simple steps where points are allocated to determine the features, strengths and weaknesses of the character. As characters progress, players can select skills and abilities freely from a wide variety of options without limitations from career or class choices.

Based on a strategic application of manoeuvres; combat is designed to be simple yet dramatic, exciting and unpredictable. Ultimately compelling combatants to adapt tactics and thinking creatively to gain the upper hand.

Two noteworthy factors of BLACK VOID are Enlightenment and Wastah with each element significantly impacting the game. Enlightenment grant characters the ability to traverse the Void as well as extraordinary powers and abilities while Wastah confers tangible and vital sway, authority and social influence with other sentient species. Aspects that are essential as humanity’s – and the character’s - very existence is threatened. 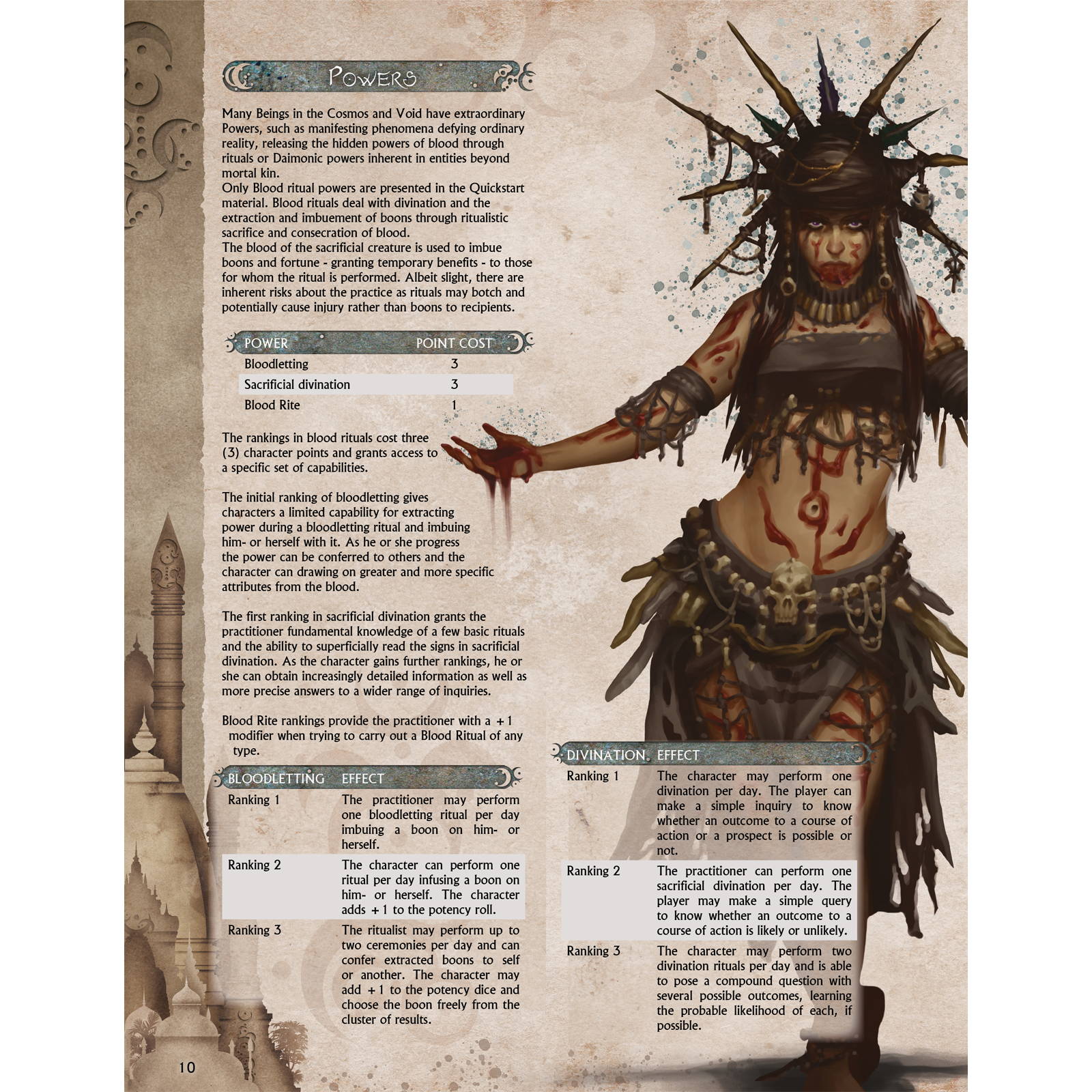 Bloodletting enables the characters to gain boons and fortunes, which have a direct impact on the player characters, e.g. they can increase a physical trait by one once utilized in action or gain +1 to all actions rolls for the duration of the boon. Sacrificial divination allows characters to discern the unknown and obtain omens that may guide their paths as they explore the vast Cosmos or the dark corners of Llyhn the Eternal.

The BLACK VOID role-playing game launched in 2019. The free quickstart presents the essential rules and content enabling you to play the game. 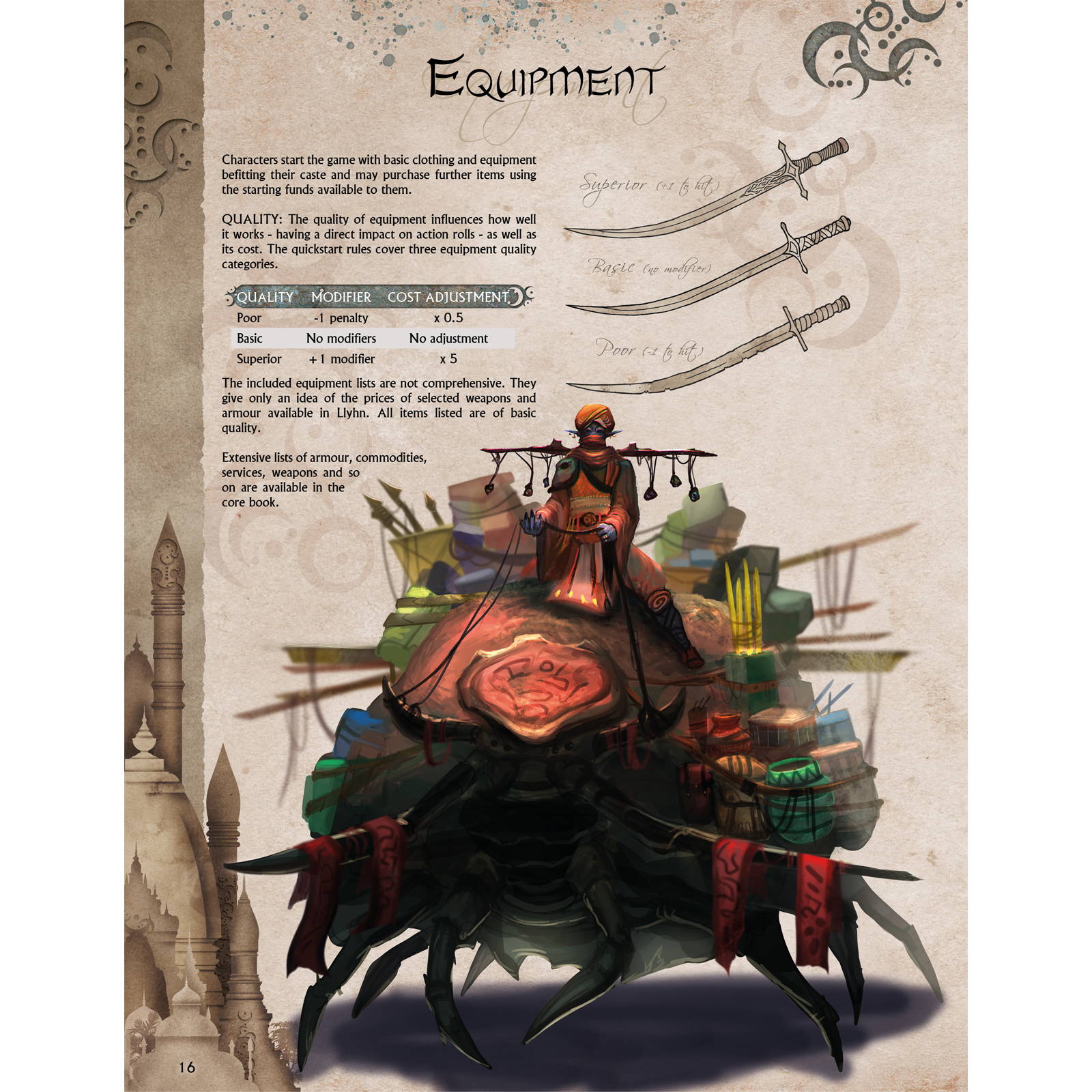 Combined with the free downloadable adventure: THE FLIGHT FROM SALVATION SQUARE you are ready to embark upon your first BLACK VOID adventure immediately.