Panny, our resident Greek and classical history expert , discusses running an Odyssey of the Dragonlords adventure and all the cool things you can find in the new setting book.

Greek myth and Dungeons and Dragons go together like dragons teeth and skeletons so when I saw the Odyssey of the Dragonlords , a setting book inspired by ancient greek mythology and compatible with 5E D&D, I knew I had to run a game in the setting.

Written by former Bioware developers, Jesse Ohlen and James Sky, the book contained everything I needed to craft a short adventure in the setting. The game is set in the lost land of Thylea, a great island archipelago dominated by the titan mother goddess Thylea who takes the form of a colossal world-tree rooted in the centre of the land. 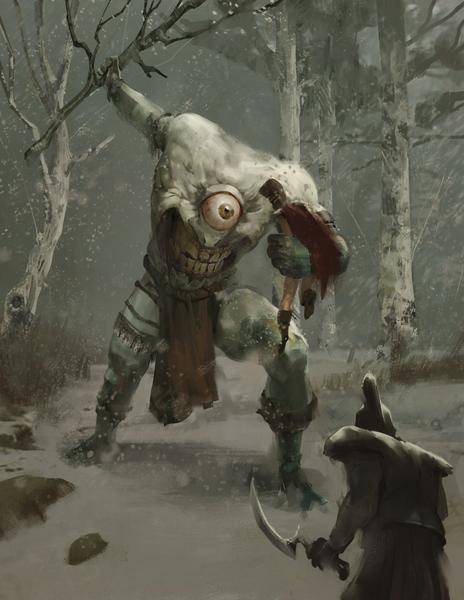 Many tensions are woven into the history of the world. The first races of the world were the fey (Elves, Centaurs & Satyrs), then the mortals arrived. The mortals were refugees to the land and were treated brutally by many of the first races including the mighty centaurs and cyclopes. The only respite they found was from the titans who offered them limited protection in exchange for worship and sacrifice.

Then the Dragonlords arrived, five living gods in brilliant bronze who defended the mortals against the bands of monsters such as giants and centaurs who assailed them. Together they founded the largest city in the land Mytros. The Titans grew jealous of the Dragonlords and this would lead to a war between them known as the First War. The war would culminate in the sacrifice of the goddess Mytros to save her city and an oath of 500 years of peace.

500 years of peace that has just ended. This is where the adventure begins. 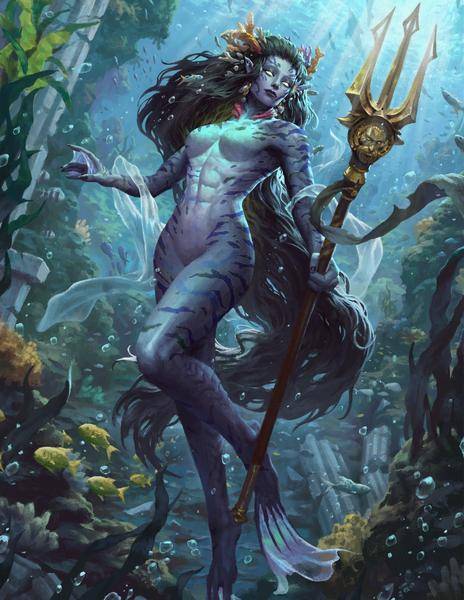 Whilst I read through the setting material my players were excited reading through all their new options. In particular the new races such as the Centaurs, Sirens and Satyrs. Centaurs are nasty with a 50 ft base movement rate and a charge ability that allows an additional 1d6 damage when you move 30 feet towards a target and strike them with a melee attack. This naturally leads to hit and run tactics.

Satyrs are strong too due to a resistance to magic giving them advantage against spells and other magical effects as well as an increased movement speed of 40 ft. Whilst Sirens have the ability to both fly and charm those who can hear them sing.

Epic Paths are a great addition to character creation as well. They provide your character a backstory that you can build upon, a starting adventure hook and specific ‘heroic tasks’ to get your character motivated. They further include a blessing which acts as a character buff, for example the demigod epic path gains +2 to con. This gives players a map of their characters arc as well as some nice perks to start the game with. 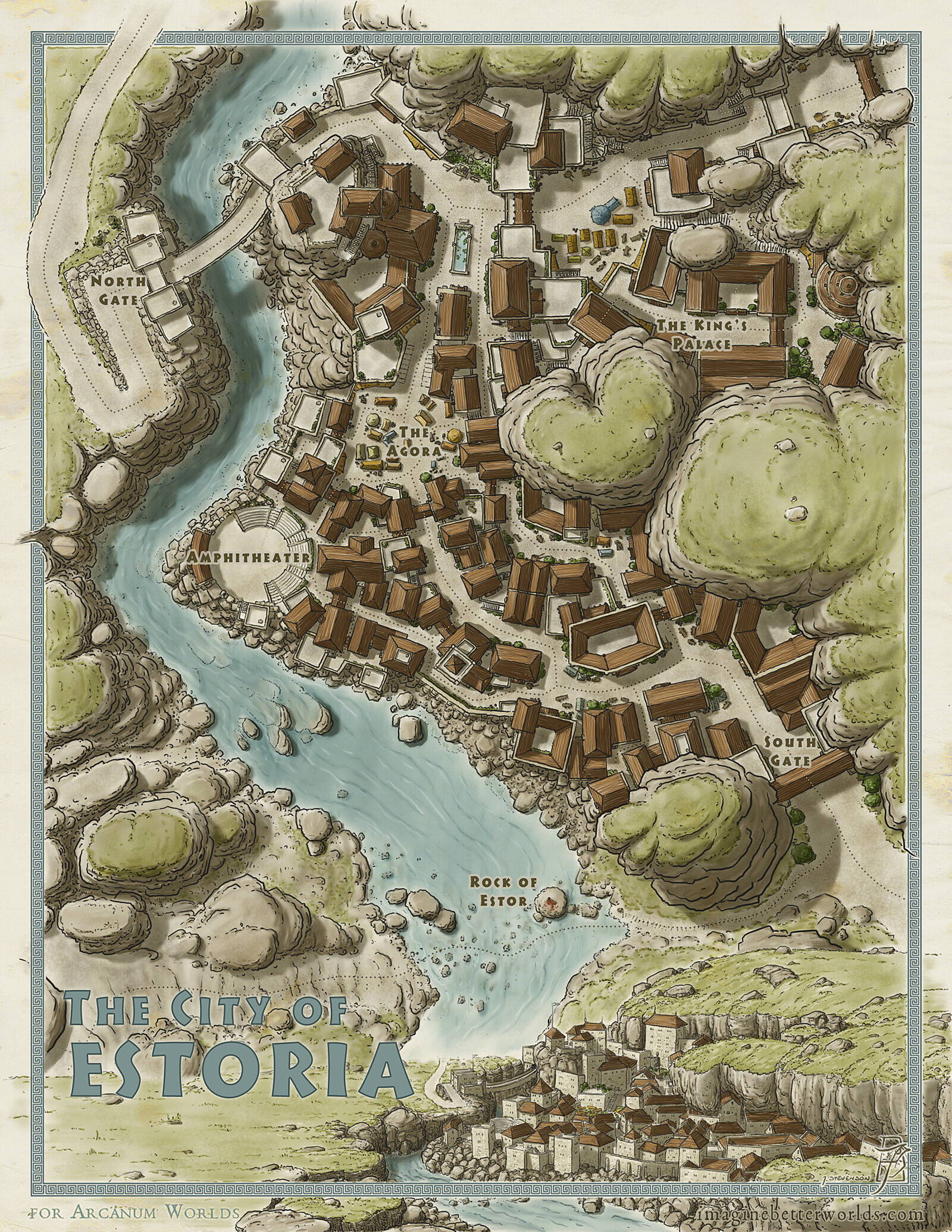 Characters can also take Oaths which are fitting with the heroic age setting. Taking an Oath of Protection means you are sworn to come to another's aid in a time of need, much like the oath the kings of Greece swore to Menelaus which led to the Trojan war. Should you back down on your Oath you will suffer the curse of the treacherous which will cause the Eryines themselves to enact vengeance on you. Eryines are CR 12 creatures in the core 5e rules so it’s best not worth breaking an oath without a good plan or reason. This is a great mechanic for roleplay as it allows the player choice as to their oath and ties well into ancient Greek concepts like ‘Xenia’ (guest-friendship) that were seen as sacrosanct principles to uphold.

To start the adventure I used the detailed map of the city state of Estoria, ruled by the Dragonlord Pythor. The hook for the players would be to find Astoria, daughter of the king of Estoria who had recently gone missing after travelling to the glade of Thylea to worship. The culprit would be Nemea, a half-lion, demigod who also happens to be one of the sons of Pythor and a former tyrant who ruled the city of Estoria before Pythor. He is now back with a vengeance. His anger stemming from his abandonment as a child by his father Pythor, who did so because of a prophecy that a great kingdom would fall if he allowed his son to live.

I wanted a different take on the myth of the Nemean lion and to mix some other myths into the fray. There are some versions of the myth where the lion kidnaps folk in order to lure heroes into the lair to devour. I decided to go for this and make the ‘real’ target of the lion the player characters themselves. The Nemea was recruiting those to his cause who would aid him, such as his niece Astoria and perhaps the player characters themselves should they side with Nema and therefore the titans. This was to tie in to the tension I saw building between the titans and the mortals leading to a potential second war. 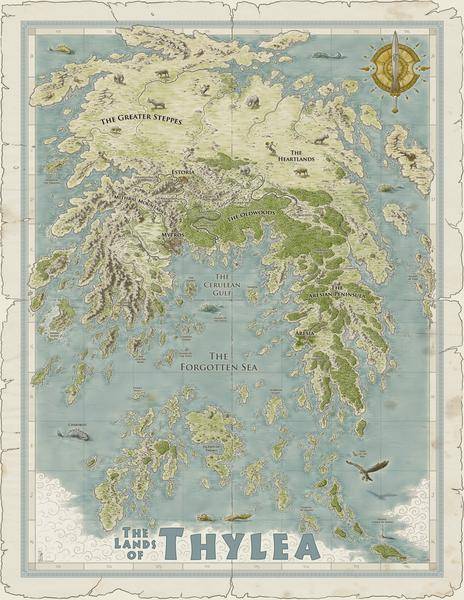 Running the game was like slipping into a comfy pair of shoes. The party consisted of the Centaur Eurytus, the Half-Elf Cleric of Mytros Asteria, the Half-Orc Paladin of Sydon Gromod, the Half-Orc Fighter Theseus and the Satyr Bard Kylan. The players were engaged and excited about playing and got stuck in, exploring the city of Estoria, interrogating suspects, investigating ancient temples in the wilderness for clues and fighting the cult like followers of the Nemea.

They would succeed in finding the cavernous lair of the Nemea and rescuing Astoria. Which was all part of Nemea’s plan. He appeared from hiding and congratulated them on their success, then offered those who wished to join him and the rest a short death. Gromod the Half-Orc titan worshipper betrayed the party and the others decided to grab the girl and flee. A tense chase and struggled ensued which resulted in Eurytus the Centaur dying of an arrow wound from the Nemea but Asteria the Half-Elf escaping on horseback with Astoria triumphant but scarred from the experience. 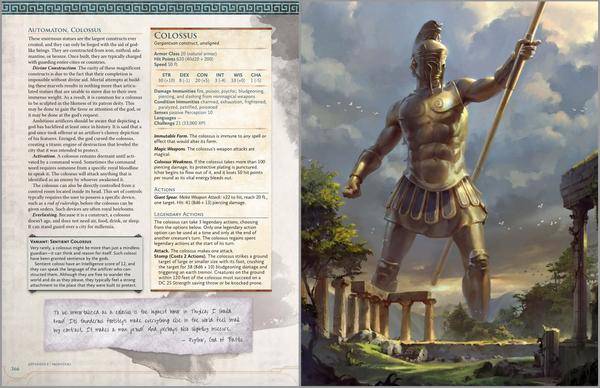 This served as a great sprinboard into the campaign where we could build up between the tensions between the Dragonlords and the Titans potentially leading the player characters being key heroes in the second war.

Odyssey of the Dragonlords is available for pre-order now here.

You can download the Odyssey of the Dragonlords Players Guide for free here.