I’m a Star Trek fan, and have been for a long time. I always loved The Next Generation, but Deep Space Nine was the series I got to fully watch when I was younger; week in, week out, series by series. As such, it probably had the biggest impact on me and my view of the Star Trek universe overall.

Deep Space Nine is somewhat divisive for fans. Everyone has their favorite series and time period, and each explores a different aspect of humanity in the stars and the new challenges to overcome. DS9 was grittier and more visceral than previous incarnations of the franchise. Tasha Yar had died, Picard had only seen four lights, and on the big screen Spock had emotionally said goodbye for the good of the many. But Deep Space Nine started as it meant to go on, dealing with occupations, liberations, the difference between freedom fighter and terrorist, and the blurred lines between the two. Even the earlier episodes establishing Bajor, the Prophets, and the turbulent relationship with the Cardassians were scuffed up. Rough and ready. Not the clean lines and (usual) working systems of any previous Enterprise. 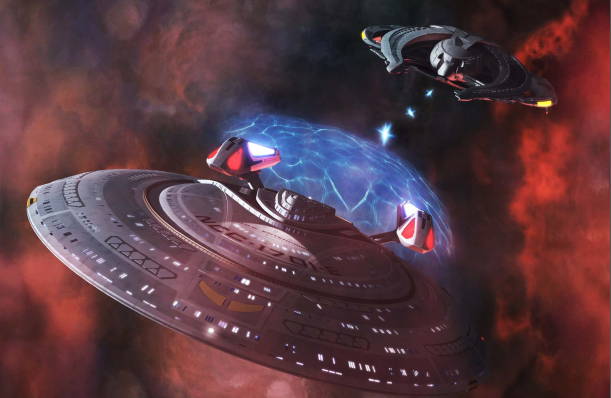 The series deepened even further with the introduction of the Dominion. The massive empire rivalled anything viewers had seen before in terms of power and reach. It had been teased from the start by Odo’s presence and showcased the series arcs that become more prevalent in the series as opposed to a dilemma or monster of the week.

Suddenly things were on the line. Regular crew were injured and had to deal with personal trauma. Established franchise canon was under threat. Betazed came under attack, and Earth was locked down under martial law. Shadowy figures were always waiting in the wings as we learnt more about the Tal Shiar, the Obsidian Order, and even Section 31 (showing that the Federation had a dark side as well). Changelings were around every corner and behind the smiles of even your favorite characters. Not to mention the full-blown skirmishes and fleet battles that Star Trek had never seen before. The scale was immense, but it never lost the character-driven stories which made the series poignant. 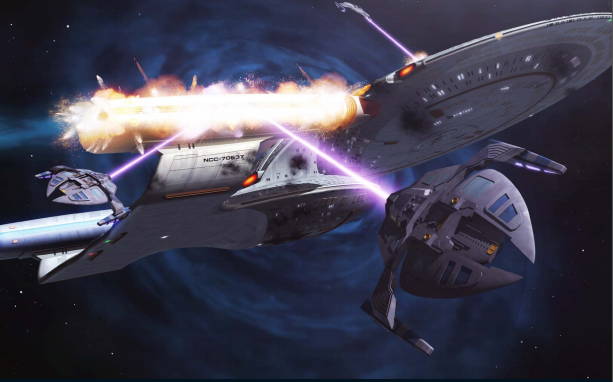 In the real world, the first Gulf war had just ended, and in the UK the Northern Ireland process was taking tentative steps towards a peace accord. Hyper-capitalist 80s ideas were giving way to hopeful optimism as the world moved towards the millennium. Through some serious, complex, and morally grey episodes and themes, Deep Space Nine and the Dominion War epitomized the very best ideals of Star Trek; strength of spirit, of community, of hope. Of overcoming some of the worst or harshest conditions to always aim for a better future.

When it comes to writing about such a key moment in the series (and the franchise), who could pass it up? It’s been amazing working with Jim Johnson, Sam Webb, and Modphius’s RPG team to help bring the book to life. Getting into the style and tone of a Federation report was also fun – slightly starchy but understanding; informative, but emphatic. It’s been a fun challenge to keep the in-universe style while still giving the overview of events, all while trying to do justice to the series and franchise as a whole. I can’t wait for players to get into the book as a whole and explore and enjoy the Gamma Quadrant with their own ships and crews.