Do I need to use models?
The F:WW RPG definitely suits using models. Like other RPGs, you can represent situations using floorplans or just a sketched outline on paper with some models, and the coloured range rulers can be used to make movement quick-and-easy. However, not every situation in an RPG requires a floorplan with models, for example you might head in to the settlement to pick up some new gear, and there's no point layout out a scene with models for that. You can use theatre of the mind for any situation including combat (and the colour ranges convert into easy multiples of 10 feet).

Does the RPG use the same rules as the miniatures game?
Pretty much, though there are some differences to make it an RPG. Like most RPGs, the F:WW RPG uses two main types of play: Action Play (when the game is played using rounds such as during combat) and Free Play (when timing is not as important such as when investigating, traveling, etc.). During Action Play, the RPG rules are very similar to the miniatures game with a few alterations so it can be played with or without models and the GM determines many things rather than the exact battlefield. During Free Play, the game is not played by rounds but the same skills and skill tests are used. If you know the miniatures game rules, you already know a lot of what you need for the RPG, and the addition and changes just add that extra abstraction required for an RPG.

Does the RPG use the same components as the miniatures game?
Yes. I specifically designed the RPG to utilise the same cards and components. The same dice are used (as well as the range rulers if you are using models for a scene on a floorplan with a similar scale). Also, the same cards are used for characters, weapons, equipment, Perks, etc. too.

Can I create my own character?
Yes. Every character (whether a player character or non-player character) has a card that shows their S.P.E.C.I.A.L. attributes, skills, etc. which are the same as the Unit cards in the miniatures game. Whilst players can use the Unit cards from the miniatures game as their player characters, the RPG comes with starting character profiles which set a character’s starting attributes, which skills are associated with attributes, and other details. A player selects one of these character profiles and then develops it during character creation by adding some abilities due to their background (not always positive), some skills, Perks, etc. Over time, players earn experience points which they can use to develop their character further by gaining and improving skills, perks, specialities and attributes. We’ll look at character creation more in a future blog post.

This makes life simple for the GM too – whenever they need an NPC (from a major enemy down to a small creature), they can simply use the corresponding Unit card for all the details they need (remember you can download all the unit cards for free if you don't own them).

Are there new game mechanics?
Yes. The miniatures game already allows models to hack computers, pick locks, search, etc., but an RPG covers an even broader potential scope of activities and experiences. The new mechanics are all familiar though as they use the underlying mechanics of the miniatures game and the main example of this is the skills system. Characters in the RPG can use a much broader range of skills such as persuading people, crafting, tracking, etc. but the RPG uses the same dice system with the Skill Dice and Effect Dice. We’ll take a look at the skills system in more detail in the next blog post.

Can I use characters from the RPG in the miniatures game?
Yes. An RPG character’s card is the same as a Unit card so they are interchangeable.

Do I need the Fallout: Wasteland Warfare 2-Player Starter Set to play the RPG? Is this a standalone game?
As mentioned, the RPG uses many of the same components as the miniatures game – dice, cards, range rulers. The initial release in Summer will be the RPG rule book so players will either need the 2-Player Starter Set or just a set of the dice as the rulebook comes with a download of all the cards you need to be able to play if you're happy to print them off.

For Christmas, a boxed set will be released including the rulebook plus the dice, cards, range rulers, etc., so that will be a standalone product to allow players to play the F:WW RPG with nothing further required.

Can I use expansions of the miniatures game for the RPG?
Yes. As you may have seen, in future, each wave of the miniatures game will include a card pack which contains all the cards for the new wave (Units, weapons, items, Perks, etc.) as well as models being sold separately. This means players of the F:WW RPG can buy these card packs to expand the content of their RPG too, as well as buy any models they wish of course. Most of what expands one game, expands the other.

Does this expand the miniatures game with campaign scenarios for versus games or solo/co-operative games?
No. This is an RPG - it does come with a whole RPG campaign which includes some great miniatures orientated encounters but they're designed for use with a games master. Do not worry though, in addition to the new waves of cards and models, we are working on some really interesting and unique campaigns, as well as other ways to explore the Wasteland for the miniatures game.

Is this a board game?
No. It’s a role-playing game played with a games master and players.

How does the F:WW RPG in 2019 fit with the 2d20 RPG in 2020?
The F:WW RPG uses the same core mechanics and same components as the F:WW miniatures game. The Fallout 2d20 RPG will use the 2d20 rules system which has been used for the Star Trek Adventures, John Carter of Mars, Infinity , Mutant Chronicles and Conan RPG's. Both Fallout RPGs will be RPGs but using different rules systems which will allow players to use what they feel suits their games and play-style best. The 2d20 RPG will be a more detailed game such as providing a more detailed character creation system, the F:WW version is designed to support both F:WW players who want a deeper experience, but also roleplayers who prefer using miniatures in their games.


That’s all for now. Next time, we’ll look at the skills system which is new for the RPG and uses the familiar Skill and Effect Dice. Until next time, happy wandering in the Wasteland. The Fallout: Wasteland Warfare pre-order launches on Thursday 6th June 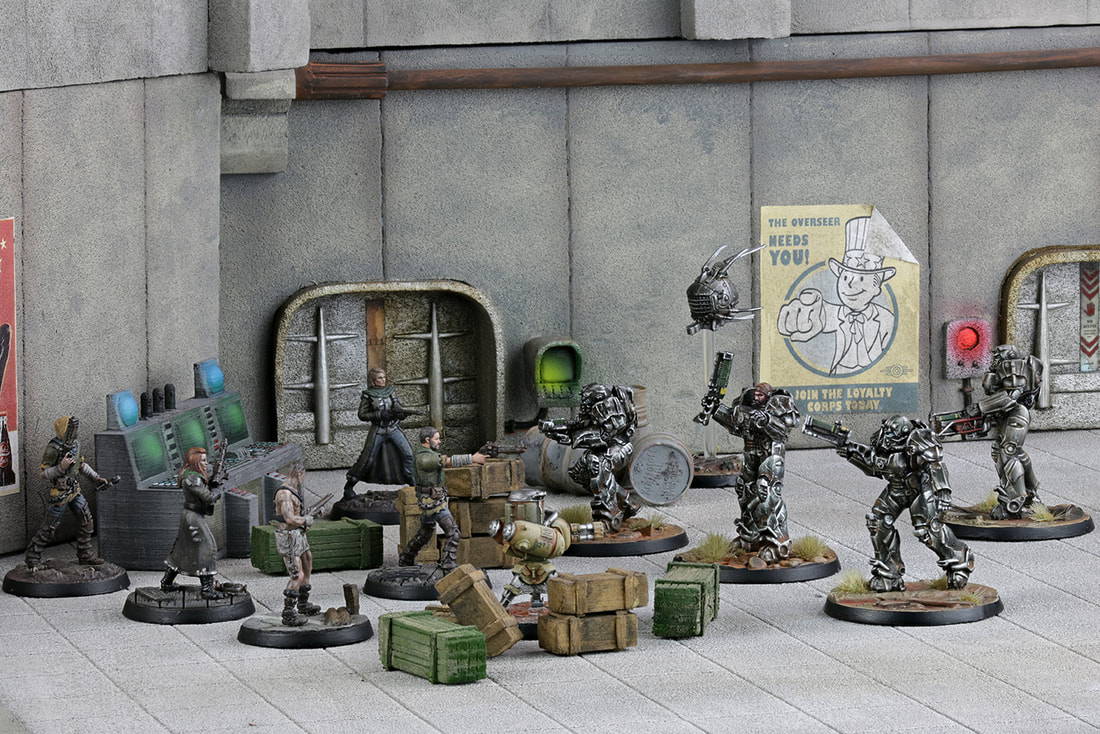 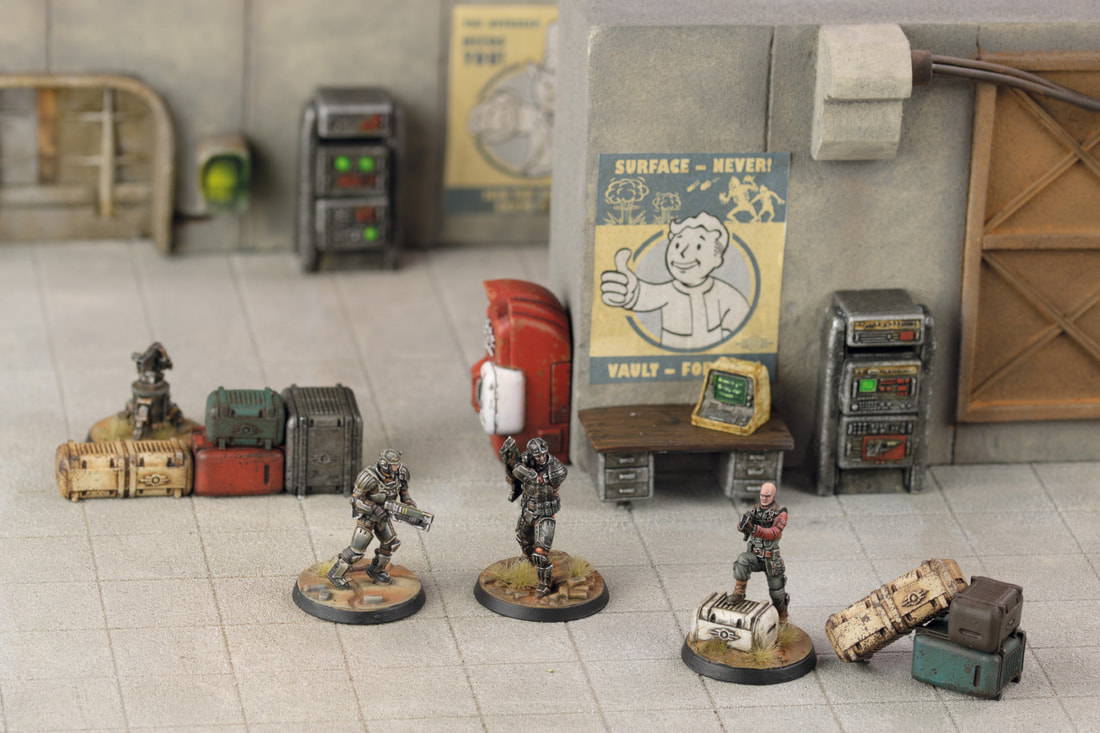 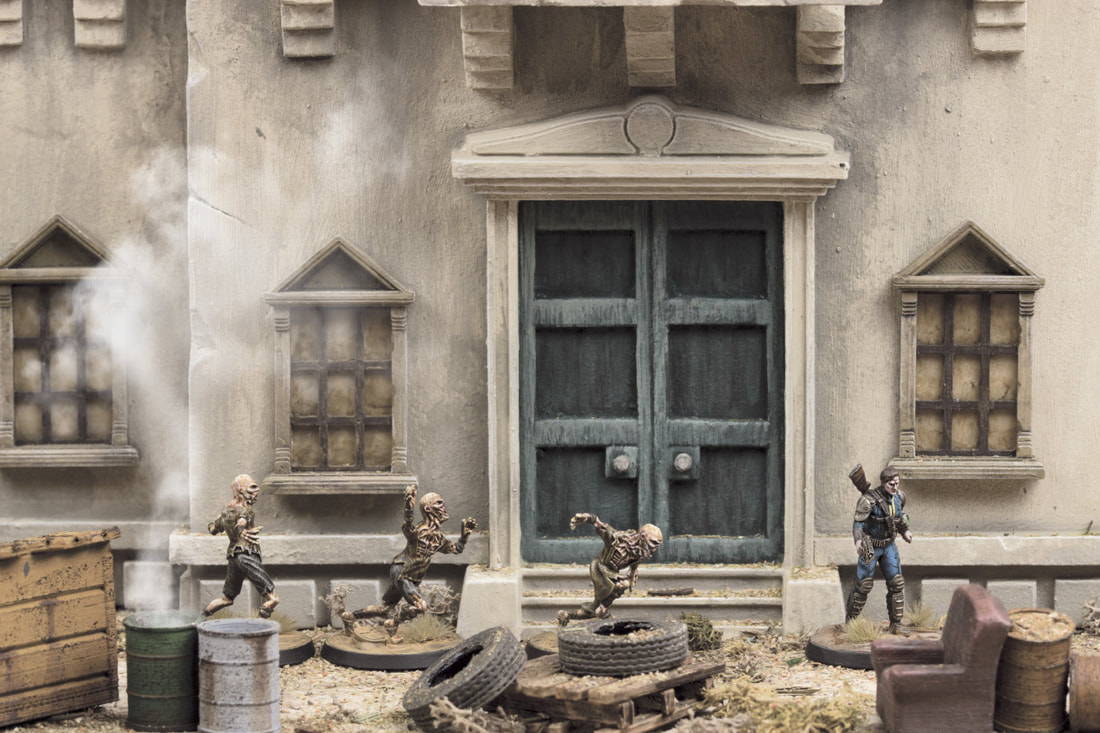