In this development blog I’m going to look at the products that we’ll be providing for the Launch of Elder Scrolls A Call to Arms and the core faction sets for our first chapter, Civil War due out late March 2020.
We wanted to ensure that the starting line-up had all the rules, tokens, cards and dice in one place to get you started with the game. We also wanted to include a good selection of scenarios and some simple campaign rules. The Elder Scrolls Rules box provides all of this, with a 104 page rulebook, 44 page Quests book (with 12 missions) and a 16-page introduction that places you in the opening scenes of Skyrim - Escape from Helgen. The boxed set also includes more than 220 cards, two sheets of die cut tokens and a full set of 13 dice.
The Core Rules Box will retail for £35.00, $45.00 and €40.00 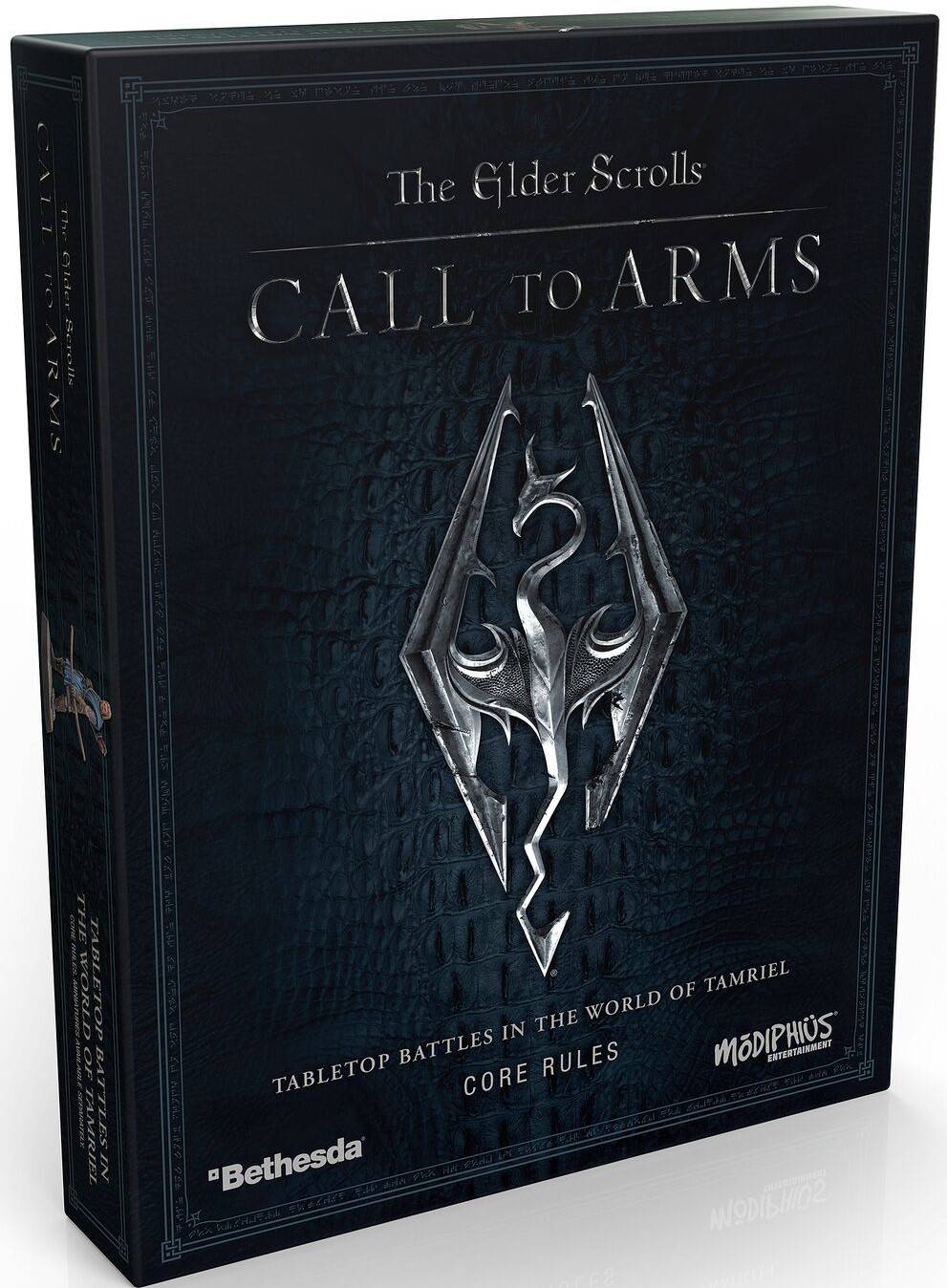 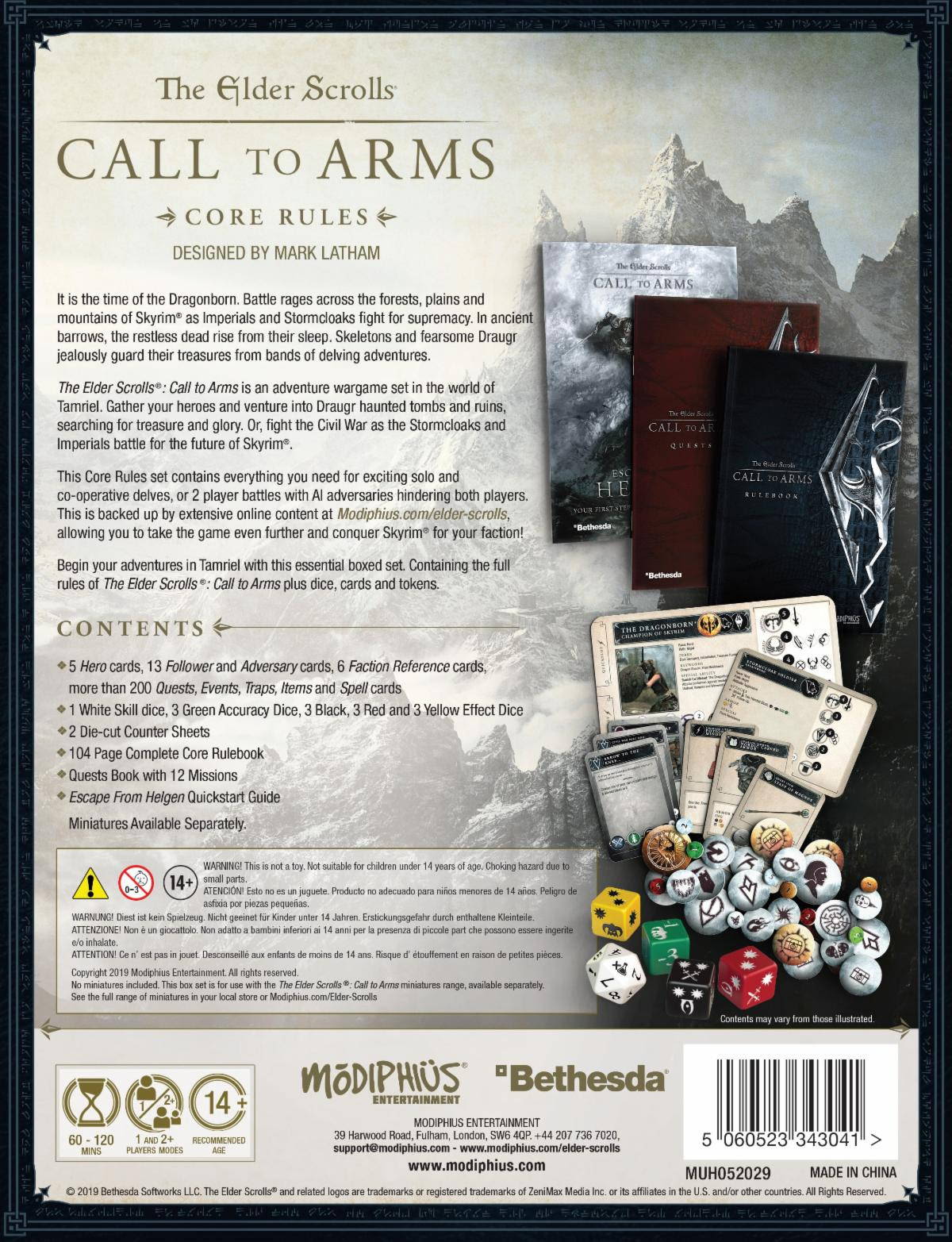 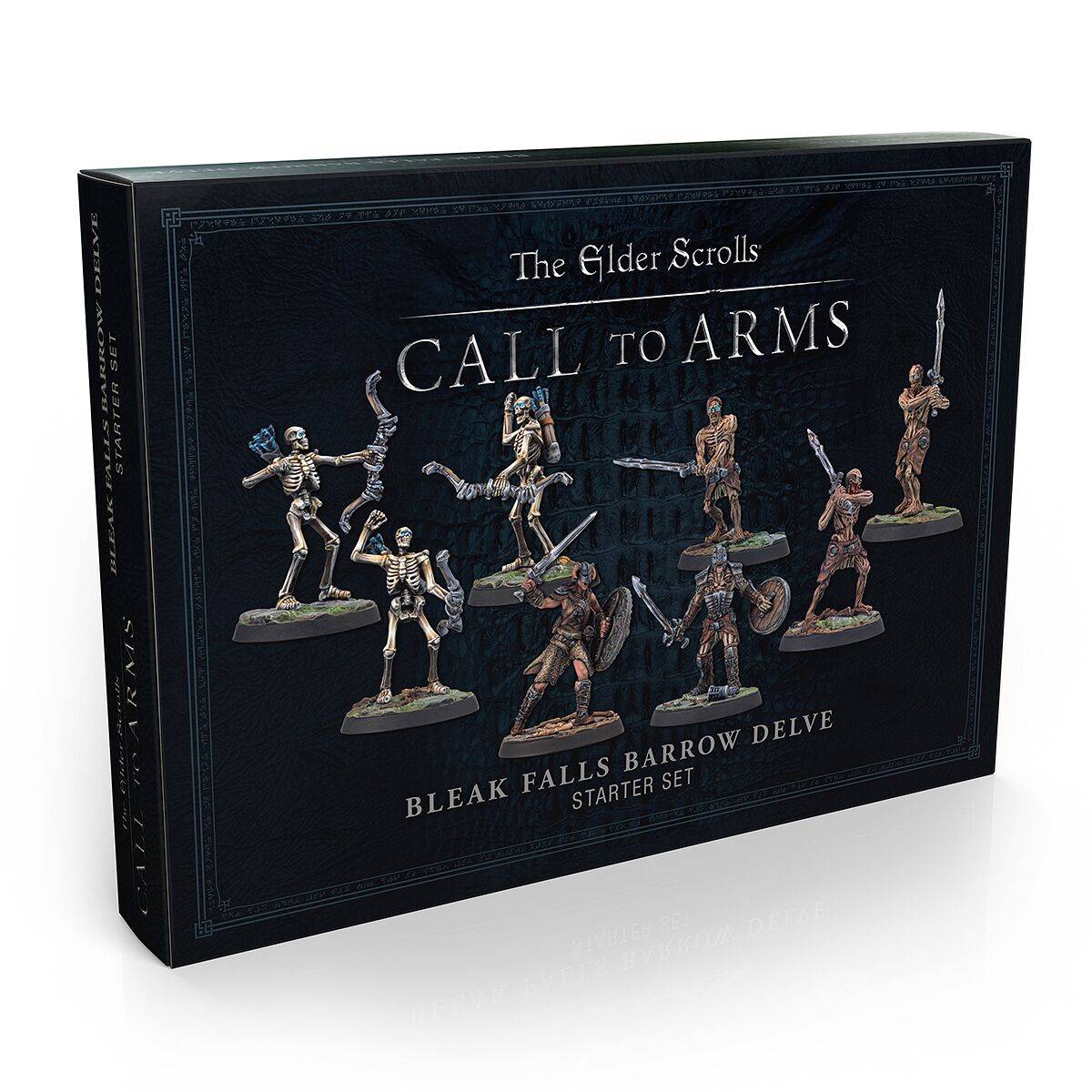 IMPERIAL LEGION FACTION STARTER SET
For the Imperial forces we have a five-figure faction core set. Hadvar, Hero of Helgen, leads the set. He’s an incredibly tough opponent and has a special ability that bolsters the defensive abilities of any Imperials nearby.
Accompanying Hadvar is the Imperial Spellsword. She has destruction magic mastery, which means she’s more accurate with her destruction spells, and we’ve had enormous fun flinging Fireballs and Flames around the battlefield. As a Legion soldier, she’s also proficient with one handed weapons, so she lives up to her Spellsword name.
The Imperials are then rounded out by three Imperial Legionnaires. These are good, solid, multipurpose troops with decent damage and protection. They work best when they act as a unit and stay close to Hadvar to benefit from his abilities. As a bonus you can use Imperials as one of the AI forces in the game in solo, battle and co-op modes.
The Imperial Faction Core will be £25.00, $33.00 and €30.00 in plastic 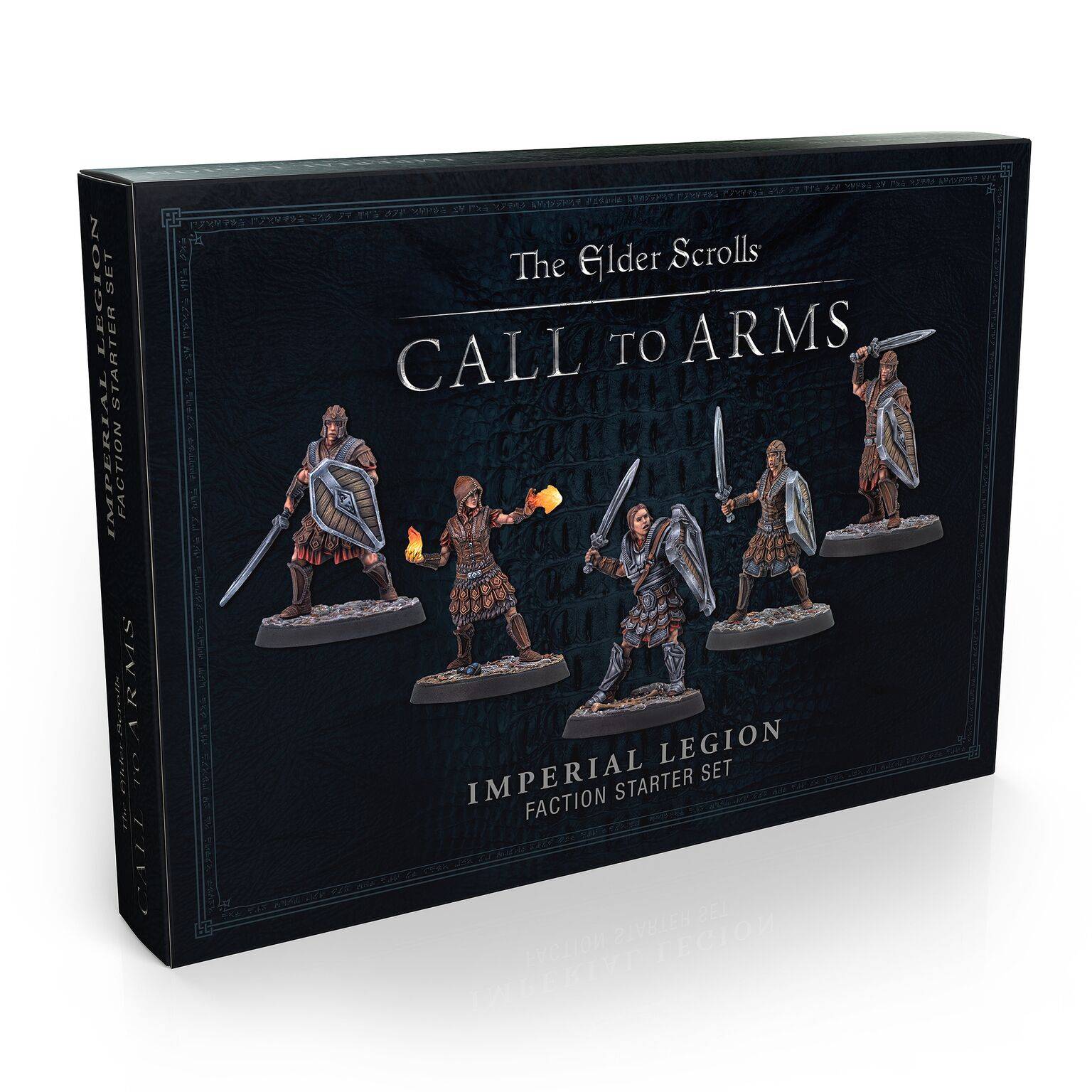 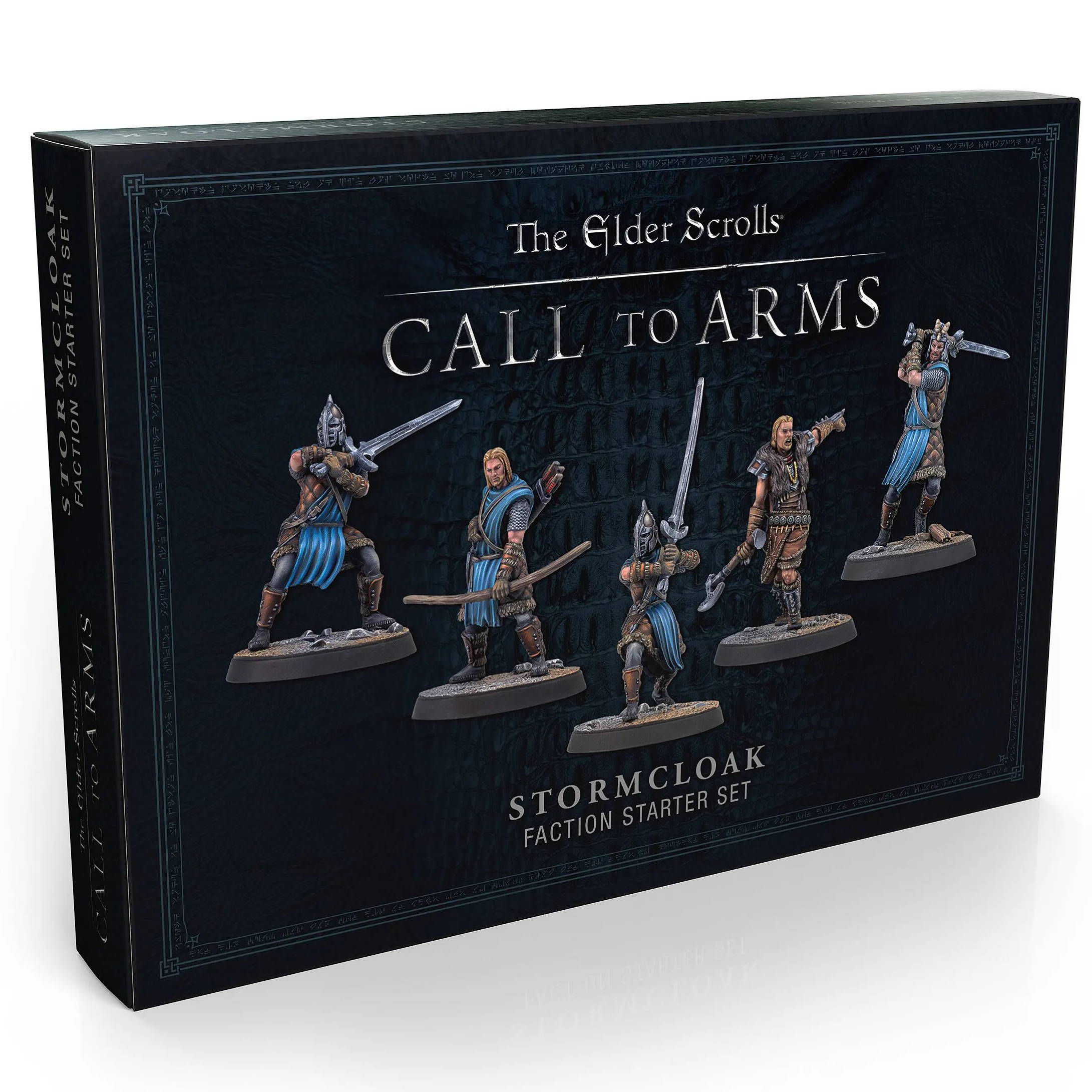