Wave 2 wrap up and wave 3 details

Head of Wargames Jon Webb returns to the blog to give details on the next few months of releases.

With October right around the corner, you will shortly see the return of the Deathclaw, Feral Ghouls and Radroaches as these gribbly creatures return to store shelves and the webstore. Of course, they are not alone, bringing with them some new additions in the Glowing Ones and Mole Rats.

Those of you who have picked up the Raiders Wave card pack will have seen a preview of what is coming for the creatures, with new profiles for some of the wave 1 releases as well as the cards to bring these welcome additions to the faction to battle.

For those of you missing the Radscorpion, don’t worry. They will also be returning to the store shortly.

As well as wave 2, no doubt you are all keen to see what we have planned for the next few months. Part of our recent efforts have been working with production to ensure we get regular releases for the game, and keep things in stock as much as possible.

The plan has been to get monthly releases, ideally of at least two products hitting on the second Friday. So far, barring the slight hitch in the USA with the X01 set, wave 2 has gone to plan.

So, wave 3 is going to follow along starting in November right?… right…ish…

Due to the vagaries of global shipping and dare I mention the dreaded Christmas period, things are going to be slightly out of sync over the next few months, but don’t worry there will still be plenty of Fallout goodies coming.

Launching in late Q4 will come the Institute Wave. Featuring the familiar Core, Character and Trooper expansion, once again this wave features all unique sculpts. There will also be the supporting card pack and if you pick up the bundle then you will also get the Mechanist which is our timed exclusive promo figure for wave 3.

December is going to be a little quiet, as distribution and shipping close over the festive period. So, there won’t be any new products releasing in December.

Things kick off again in January, with the long teased Settlement Workbenches and two Objective Sets for those of you who prefer nice scenic sculpts over cardboard tokens to fight over.

February sees Wave 3 continue with the Super Mutants getting a boost with two new leaders (Fist and an Overlord) bringing some serious firepower to the table, as well as a pack of new close combat focussed Super Mutant Skirmishers.

March then has a new pack of Unusual Allies for the Survivors. These less than human companions give new options to your force. Also emerging into the sunlight are the Vault Dwellers, both civilians and the security forces that (allegedly) look after them.

Also released that month will be the T51 Power Armour set. Containing three sets of Power Armour all with different weapons, this set will allow you to toughen up your troops, no matter what faction you play (well, except the Super Mutants… sorry Fist).

Rounding out Wave 3 will be the Brotherhood of Steel packs in April. The Order of the Shield are the armourers of the Brotherhood, bringing repair abilities and new T60 sculpts to bring order to the wasteland. ~

Finally, Elder Maxson arrives to lead his troops to battle, with both a power armoured and foot version of the model, as well as his trusted officer Kells to give even more options when building lists.

Anyone that has been with us since wave one should appreciate some new reinforcements and new profiles to flesh out their armies. Anyone who hasn’t picked up any of the initial three factions, now’s the perfect time to start building a new force.

With the admin dealt with, lets go over to Fallout Wasteland Warfare designer James Sheahan for a catch up about what to expect from the Institute.

The Institute was one of the first factions I created when originally designing the game along with the Super Mutants and Brotherhood of Steel, so it’s great players will soon be able to play them. It’s important that each faction has its own feel, so I considered how the Institute was different. Comprised primarily of synthetic humans, I wanted to create units that conveyed a solid, unshakeable, almost inevitable force with little capability within themselves for imaginative flourishes. As a result, few units have special abilities, the Synth units are immune to battle cry, have normal speeds (as they just get the job done slowly but surely), and their physical toughness is portrayed by having slightly less armor than other units but with higher health.

The skeletal-looking Gen 1 Synths are more terrifying in their appearance than their capability - serving as the rank and file for the Institute, they are okay at shooting which is a little better than their melee, but their threat comes from their quantity.

​The Gen 2 Synths - Patroller and Trooper - are much more capable than the Gen 1 Synths: The Patroller is a light unit suited to hunting down and retrieving or stopping targets with excellent Search, good rifle/pistol skills and high health, but with less armor than other Synths. The Trooper is a capable combat soldier with good melee as well as shooting (including heavy weapons), better armor than Gen 1s, and slightly higher health than the Patroller.

Gen 3 Synths are indistinguishable from humans - many infiltrate the human world in general, but some become Coursers specialising in tracking down runaway Synths. Their human physiology means their health is less than the hard-metallic Gen 2s, but the Coursers are highly skilled to fight, search and even pick locks; however, their most notable trait is their permanent Stealth Boy rendering them almost invisible.

The Institute includes some specialist and unique units. The Scientist and Engineer are both quick across the ground (partly due to having little or no armor) and are weak combatants; however, the Scientist has excellent Computers skill, whilst the Engineer has a lesser but broader ability in all the expertise skills and can even repair Synths on the battlefield. Two unique Synths are A-2018 (a solid, armored, heavy weapons expert) and Z2-47 (a Courser slightly more suited to hand-to-hand combat). Last but not least is all-round bad news Conrad Kellogg whose Cybernetic Pain Inhibitor means he gains an extra dice on his next attack when he takes damage.

For equipment, their weaponry (unsurprisingly) includes Institute Laser Rifles as well as the Institute Laser Pistol which is new to Fallout: Wasteland Warfare. Kellogg’s Pistol is a heavy-hitting beast which also gives any model wielding it the ability to use Criticals too - the pistol’s critical effect gives the wielder an action point which works especially well with Kellogg himself allowing him to potentially shoot again.

Last and by no means least is one of my favourite weapons in Fallout: Wasteland Warfare: the Institute Relay Grenade. When these grenades land, they do not cause damage but, instead, immediately spawn a Gen 1 Synth in that location. Adding new Gen 1 Synths to the table at just the right moment/location (and without them being targets on their way to get there) can really change your fortunes - potentially, an appearing Gen 1 Synth can immediately engage a model which could limit its actions, like preventing it from hacking a computer or shooting at a target. Of course, protecting carriers of these grenades is important to ensure they get to use them.

Overall, the Institute has a varied array of capable units as well as lower cost units too. They are a no-nonsense force with few special abilities making them simple to play. One slight weakness is that they are more susceptible to energy damage than regular damage, and another is most do not have lockpick skill. 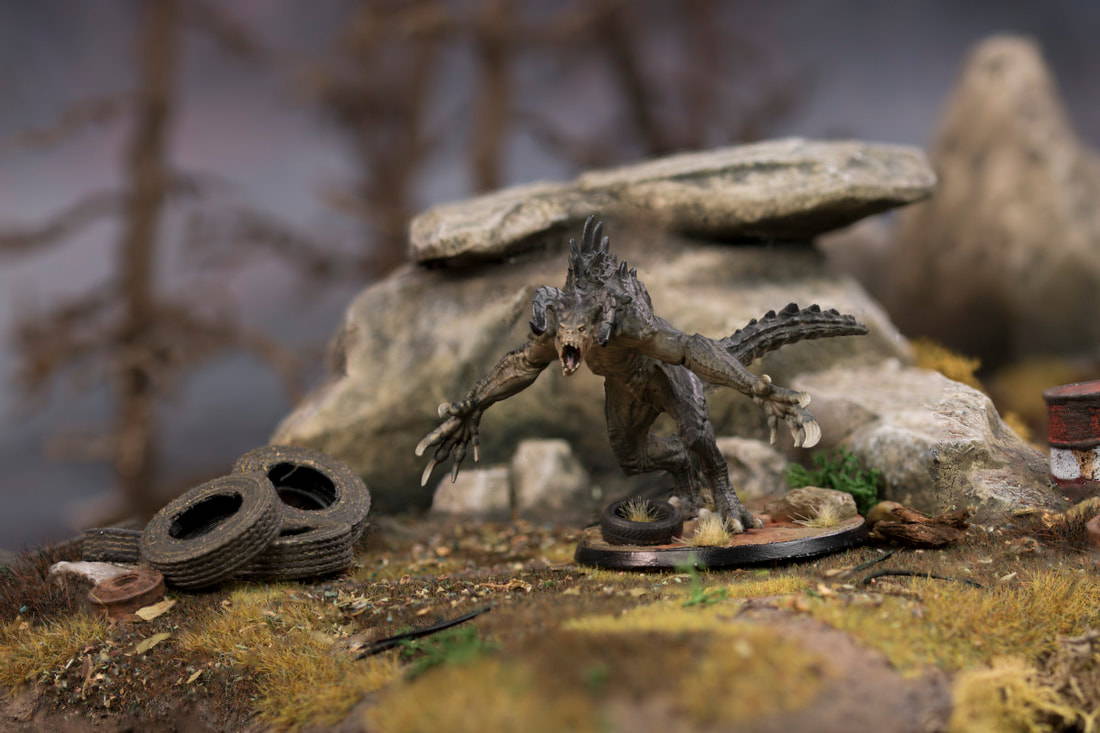 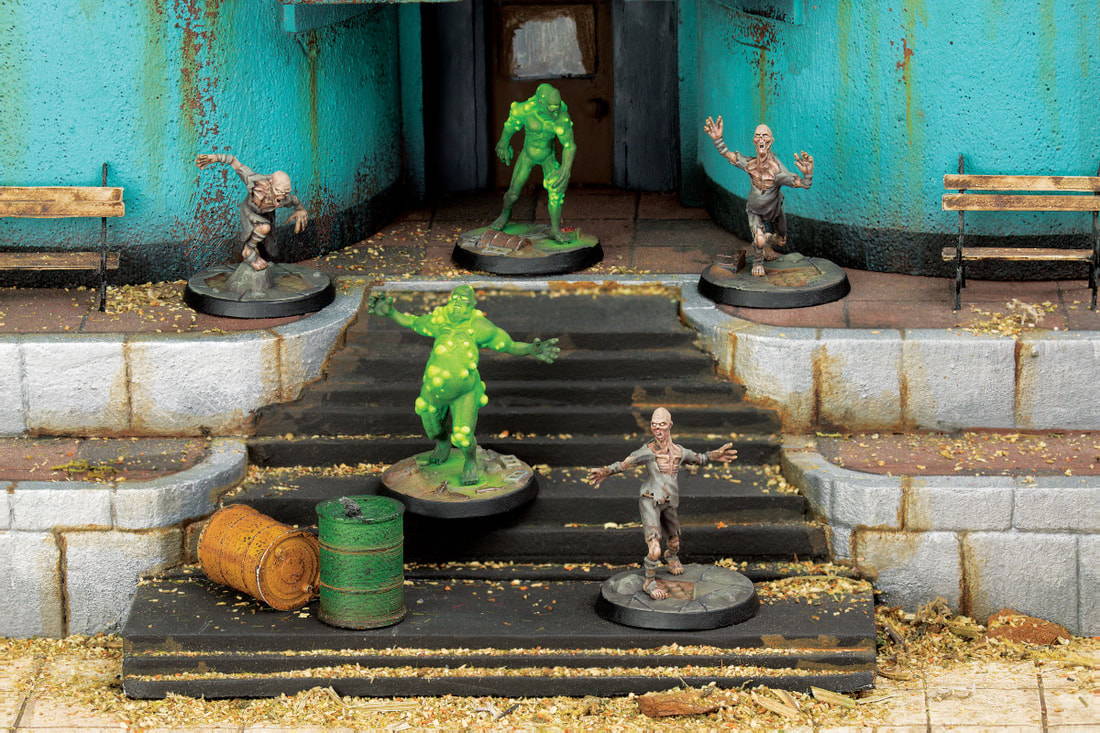 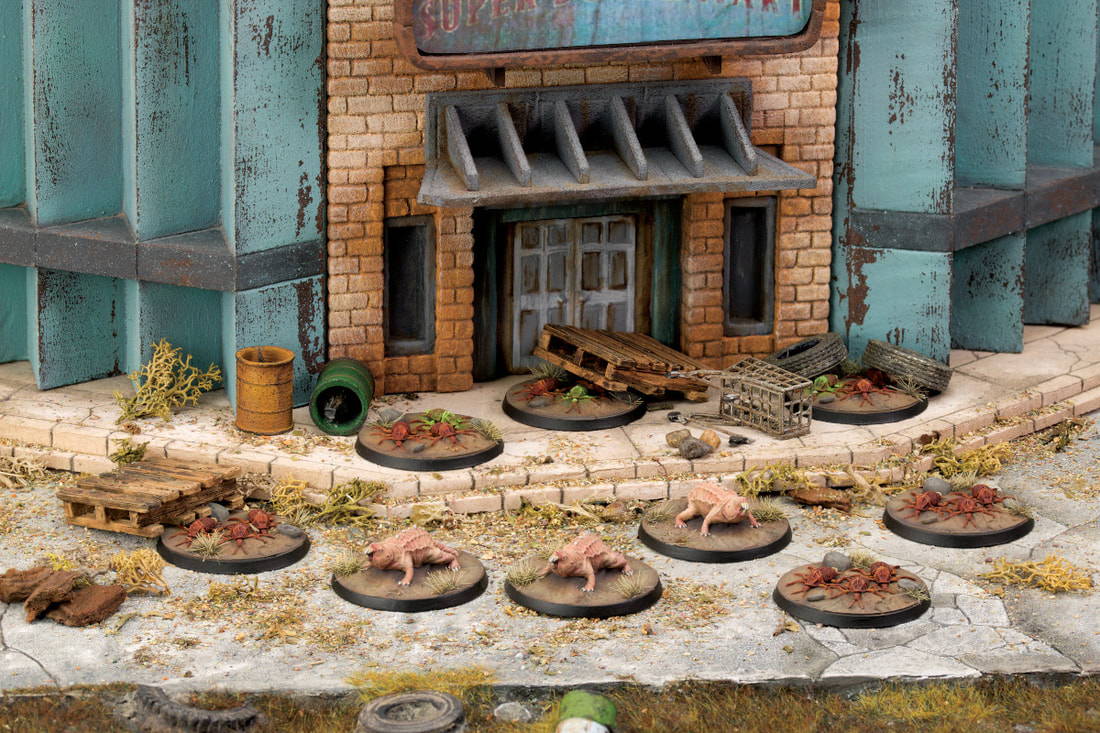 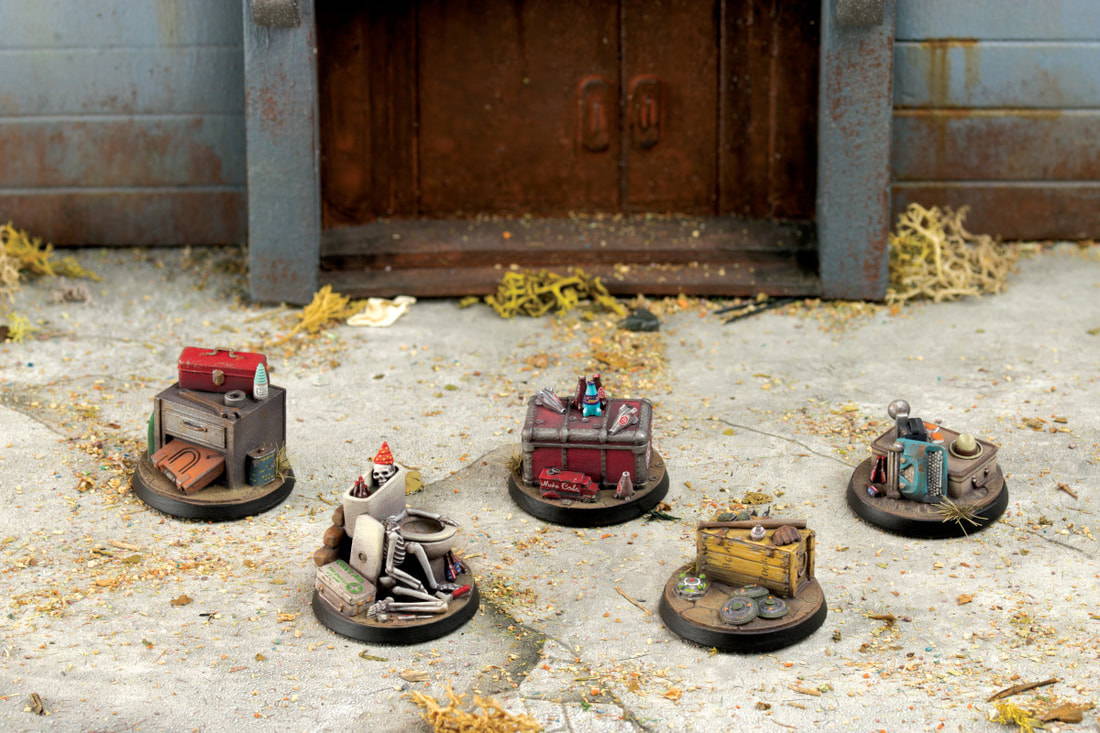 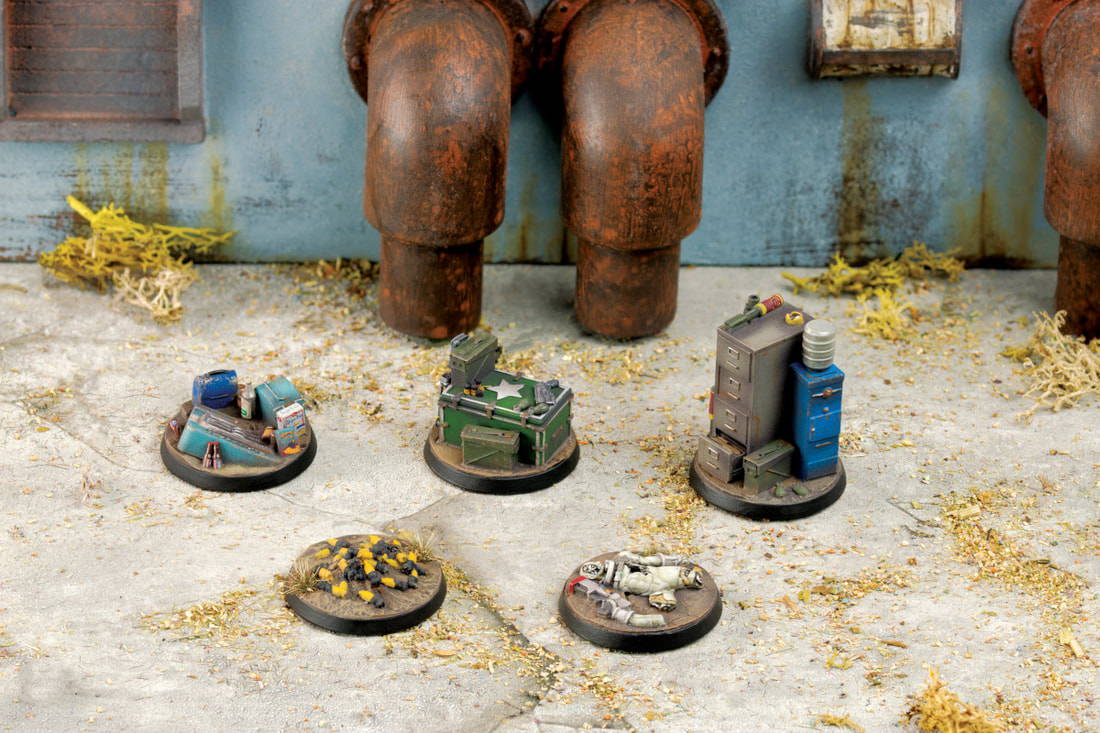 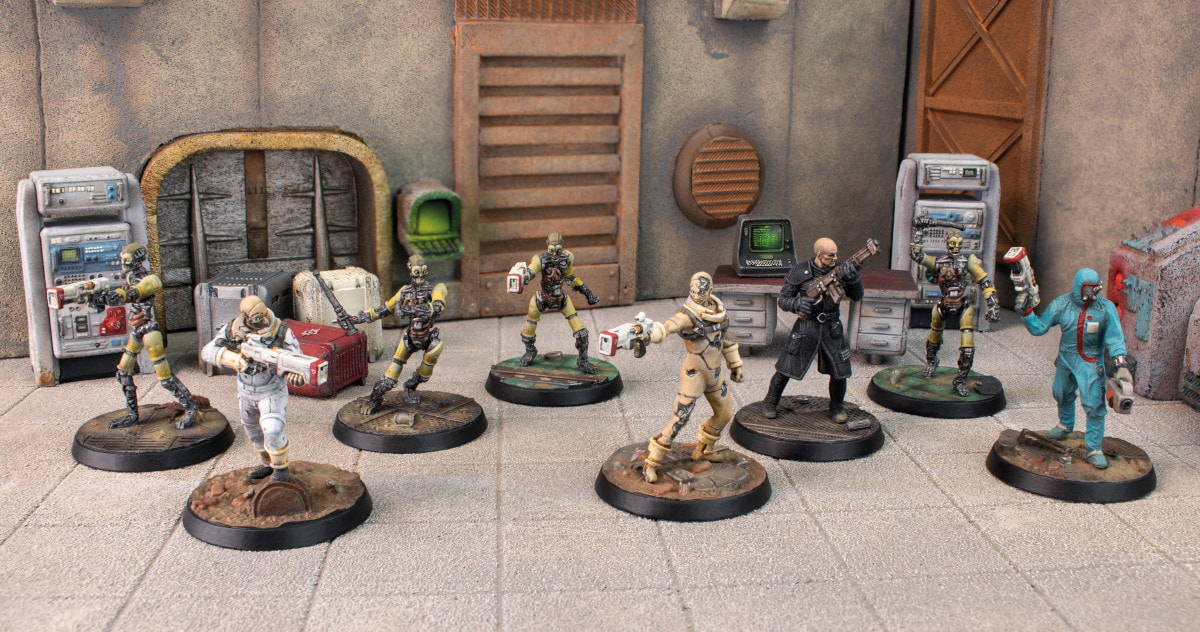 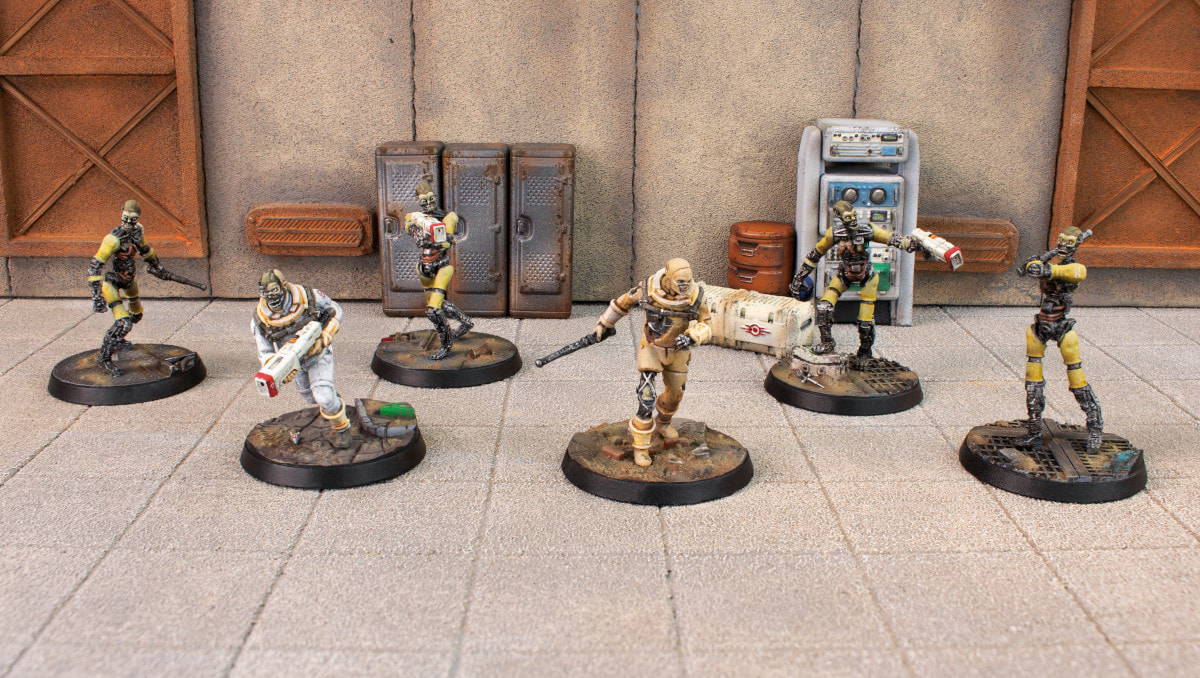 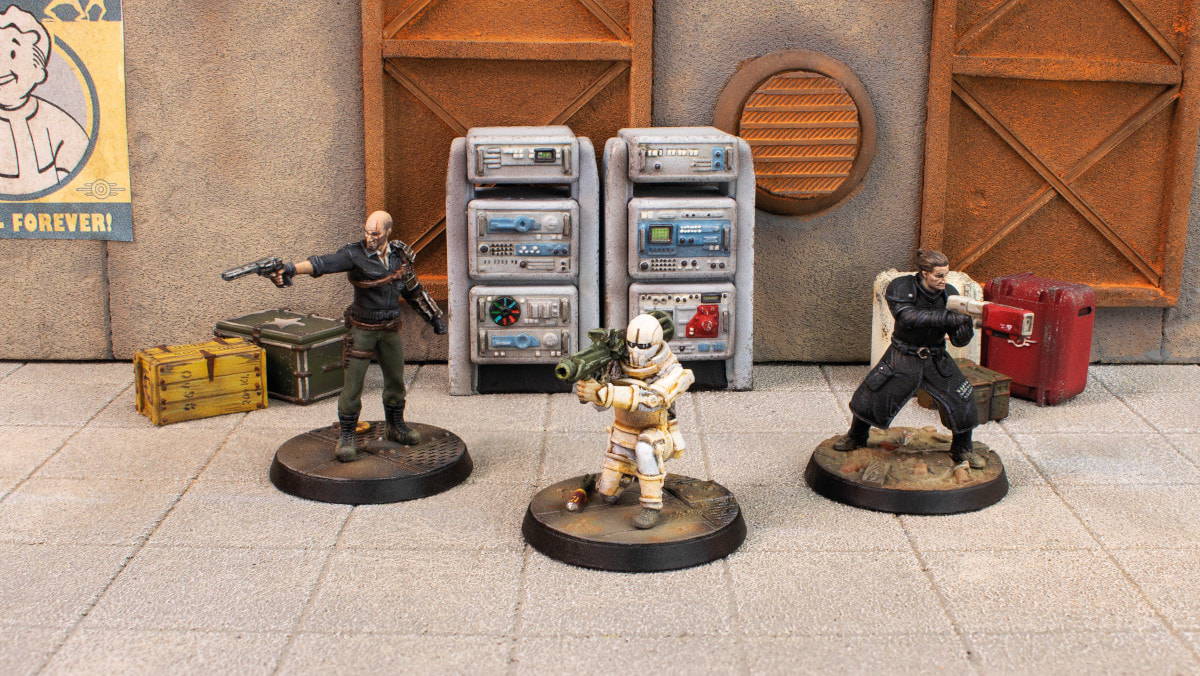