Here's a peak at the massive Super Mutant Behemoth miniature. On the right you can see the original Bethesda model - we literally sculpt over this to match the proportions only making small changes such as the wheels of the shopping cart to make it easier to cast. You can see a scale graphic of a T60 armour next to the Behemoth which gives an indication of scale of the shopping cart (yes he could fit inside) and the size of the fire hydrant. Below are a couple of pictures of the 3d print that's arrived in the office before going for mastering at the factory. As you can see it enormous - and even dwarfs a Deathclaw! Click on the images to see them larger!

I know many of you have been waiting on more information about the narrative side of the game so I asked the designer James Sheahan to start sharing some thoughts on what you can expect. There is more to come!

JAMES: There are several elements that can be combined as players wish (and using all of them for the full experience). Whilst some scenarios are self-contained, some scenarios are part of an overarching story so performance in one will affect others creating a narrative built-into some scenarios; however, the narrative is also added by other elements too. The main rules contain many aspects of the Wasteland (such as different types of items, dangers, lockpicking, and a lot more), but the Campaign book adds further aspects such as Perks which players can add to their models, Boosts which give one-shot (no pun intended) powers a player can play from their hand to slightly adjust the battle like a lucky bounce for a grenade or distracting an enemy.

Plus, there are Events that occur each round. I’m not a fan of random events that have a big impact on a game as players can be stung through no fault of their own - so, any events that have a bigger impact are marked and get flipped over when at the top of the event deck allowing players to see what event is coming. For example, this forewarning allows players to utilise the effect of the approaching dust cloud (which stops all long range shots) in their plans, or at least try to work around it. Also, some cards in the game have consequences which get shuffled into the event deck and get resolved when on the top of it. For example, a model may have found a suitcase and, after lockpicking it, found a valuable Deathclaw egg inside - if they choose to keep it, the card gets shuffled into the event deck and, if it reaches the top of the deck, a very angry Deathclaw appears wanting their egg back - if the consequence doesn’t get resolved (because it doesn’t make it to the top of the event deck before the battle ends), the model that kept the egg gets away with it. Consequences can come from other sources too which I’ll mention later.

A player wanting an on-going element to their games can use the Settlement system which occurs between battles. When using the Settlement system, a player can always use any of the models they own but they only receive their standard equipment (usually just one weapon). For more equipment, to be able to fit mods to weapons, to repair power armour, etc., the player needs to build structures in their Settlement by paying the caps they earned in their battles. The structures determine (a) what other cards a player draws (and the type and expense of the structures built determines how general or specific those cards are), (b) how many of the drawn cards can be equipped in the next battle, and (c) how many cards can be retained after a battle. Balancing these three factors offer lots of choice to a player - Do you draw lots of cards but only be able to take a few with you? Do you have structures that focus on one type of card or ones that are more random? Do you make sure you can retain gear from one battle to the next? With enough time, you can have lots of structures but it takes time to build that.

In addition, a player can use structures to go exploring which means drawing an Explore card. These are random encounters in the Wasteland which may result in gaining items or advantages in the next battle, but may also have negative effects like one model starting with one point of damage. The Explore cards usually give the player a choice so they have some control over their destiny - something I feel is an important element in a game for me. Plus, many explore cards have the consequences I mentioned earlier; for example, you meet a mercenary who says they’ll help you out next battle if you pay them 30 caps. If you pay them, they get added to the event deck and, if it appears during the battle, it takes one free attack (sniping from the hills nearby) at any one enemy model. Of course, they may not show up and have just walked off with your money.

WE NEED SOME POWER!

It wouldn’t be a Fallout settlement without power and water, and players will need to buy these too so their structures can operate. It’s a very simple system that delivers a lot of choice so players can pick their own route to surviving the Wasteland.

The last thing I will mention in this area are the Quest cards. In Fallout, you always have a list of Quests to complete and I wanted to include this in Fallout Wasteland Warfare too. Quest cards are completely independent of a battle and of the other player. For example, one quest is to find a thief and the tracks the player is following are growing feint - so, to get a bearing on the thief, the player must (at some time during the battle) have a model at the highest reachable point on the terrain to spot the thief on the horizon. If they complete it, they successfully complete it and can move onto the next step (card) of that quest in their next (or a future) battle; if not, they can try again. Some quests are just one card like claiming a bounty for someone rumoured to be a synth - completed by removing the most valuable opposing model. When completed, the quests give a player caps, small advantages for the next battle, consequences, or even unique Items. As I mentioned, they’re separate to any scenario and one, both, or neither player may have a quest during their game. One player may even be doing the quest the other player already completed themselves (which is just like when you compare notes with your friends about their progress in the video game).

Something I have planned for the future is an expansion deck of cards which are mostly quests called the Dick Valentine Detective Agency deck - he’s someone you meet in Fallout 4 and, as his name suggests, asks you to solve detective cases which will be a series of branching, multi-part quests which will tell a story - and all this happens whilst you’re playing scenarios.

MORE ON THE NARRATIVE SYSTEM AND SOLO PLAY IN THE NEXT UPDATE! 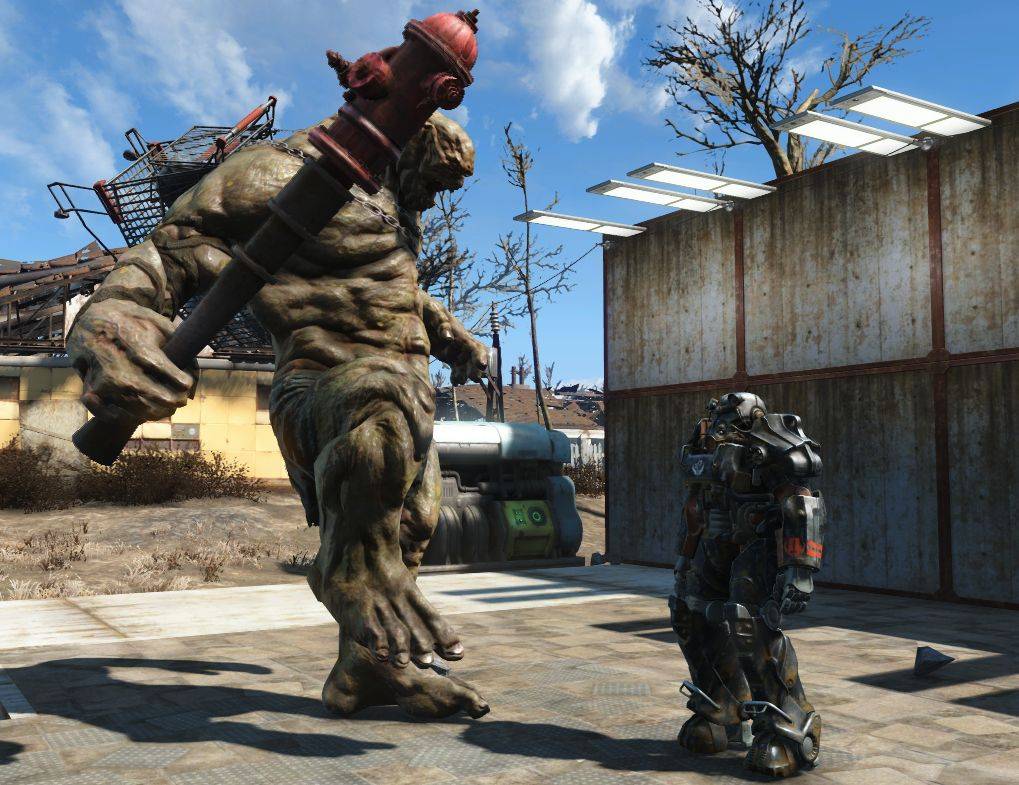 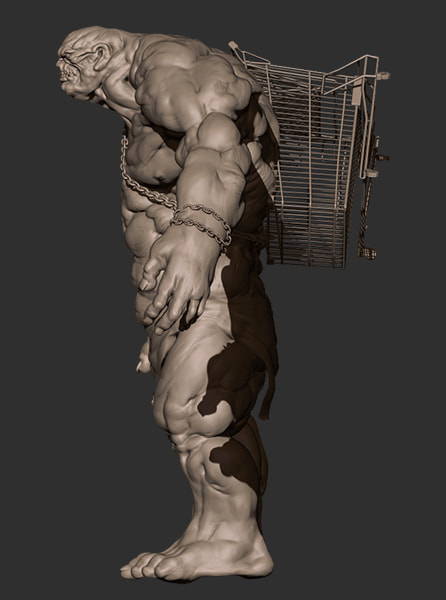 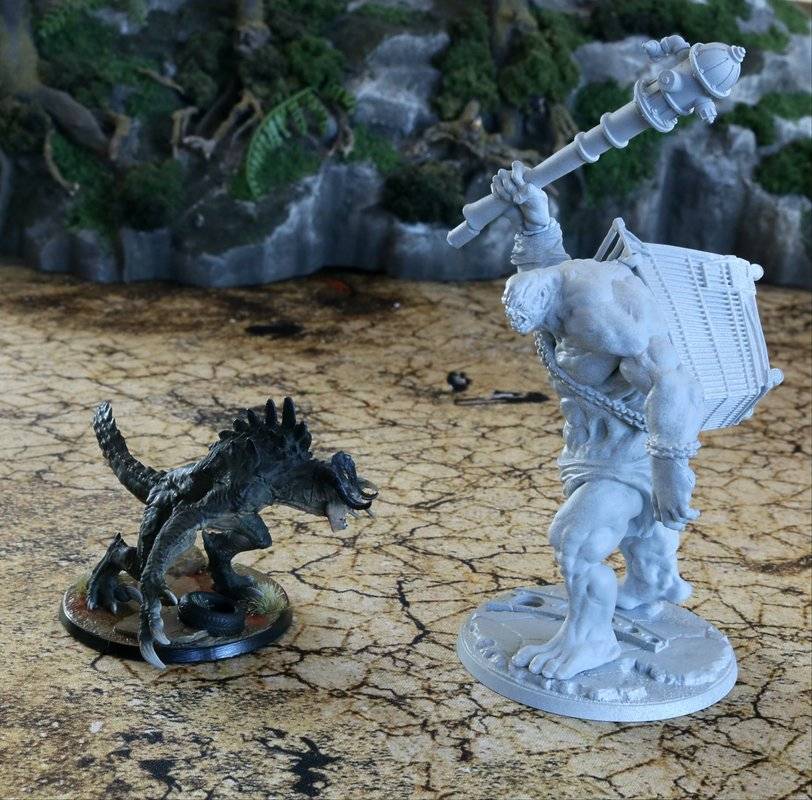 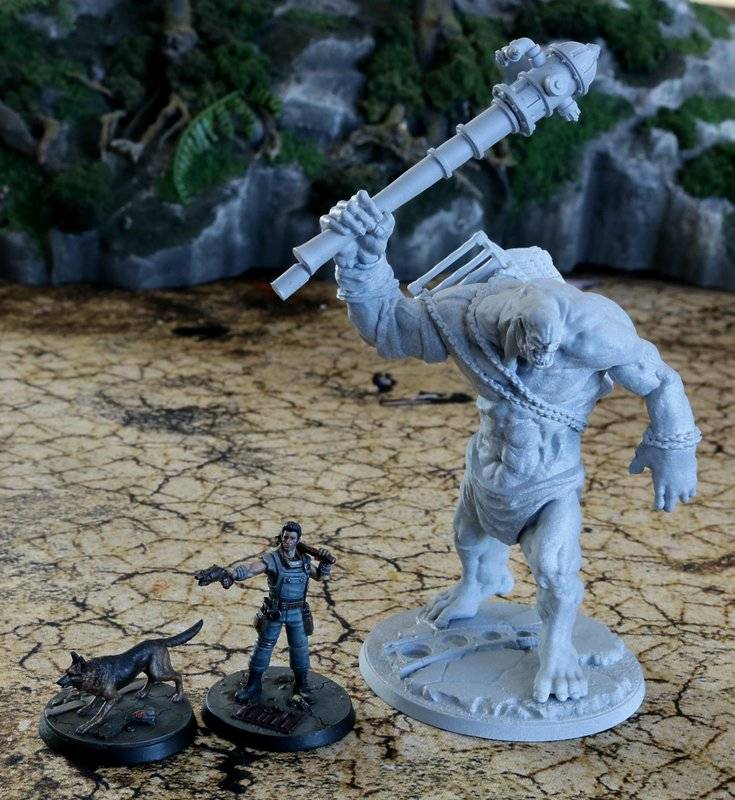 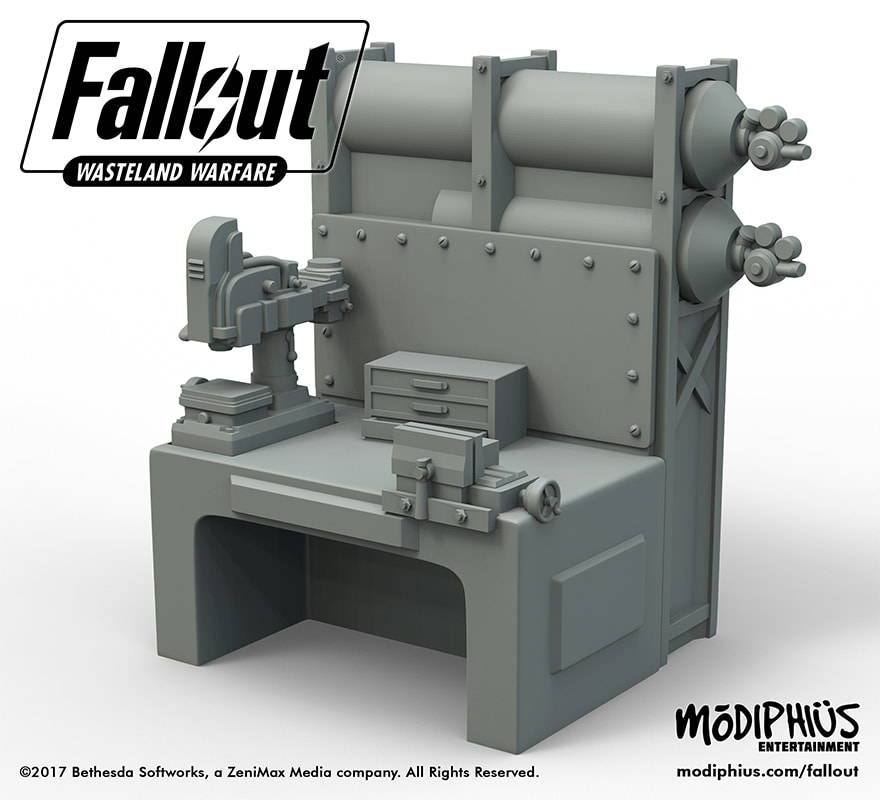