The good news is we were really happy with the plastics (shown below in the last update). The factory had gone the extra mile to get the detail showing up and we were really pleased with the results. We were able to give the go ahead for the final stage of production - injection moulding the plastics and starting the packing. If that hadn't been the case it could have caused weeks of extra delays.

However with the factory taking the extra time to get the plastics right we're not going to make the end of May release. The plastic samples were a critical point in the timeline and rather than keep changing the dates we decided to hold off until we had all the information to give you a confident delivery schedule.

The shipment will leave early next week and takes about 6 weeks to the UK, this means the stock should be with our warehouse at the end of June. It will then take around a week to get the stock unpacked and prepare the worldwide shipments. We'll give you an update as this gets closer.

For those waiting on pre-orders in stores, a ship will be taking a massive three container loads to our US distributors direct from China containing the PVC starter sets, dice sets and Red Rocket Scenic sets. As all the faction core sets and expansion sets are being made in the UK in resin they also have to go on a separate ship to the US, we'll be aiming to get that out to reach the US around the same time.

It's been an epic journey getting the first Wave of Fallout: Wasteland Warfare ready for release - with consistently fantastic reviews of the sample miniatures sent out and really great feedback on the game system we're confident you're going to love playing in the expanding wasteland. Thanks so much for the patience on Wave 1, for those who pre-ordered on the Modiphius webstore before the cut-off date there will be a bonus as thanks for being first in line for the Vault.

Wave 2 won't be quite as complex as all the production is taking place in Europe however we're already planning to break it up in to smaller more regular waves. This will mean we can turn it around quicker for you and keep the total cost down for those who want to go all in. In our forthcoming Development blogs we'll be looking in to more detail on the Settlement building and other aspects of Wave 1 plus news of a very special release in Wave 2. We'll be keeping you busy with lots of previews, unboxings and battle reports over these last few weeks before shipping begins.

WAVE 2 SCENICS - We've got a sneak preview of some, mostly, military flavoured scenics coming your way in Wave 2 (which we'll be putting on pre-order once you've got Wave 1 in your hands). Remember to click on the images to see a closeup.

As you can see the big crashed Vertibird terrain set is going to be perfect for adding some substantial cover to your table. A set of military barricades is expected of any defensive position and the new turrets are going to come in useful - especially the manned gatling gun.

Not every self-respecting wasteland has access to high grade military supplies though, some have to make do with grabbing anything they can find to make a barricade, so you'll be able to pick up some awesome themed barricades made out of Nuka Cola vending machines, fridges, safes, stop signs and much more.

Every settlement needs a shelf, and these shelves have Fallout written all over them. From a distinctive hat and syringe to the Nuka Cola bottles, mini nukes and power armour helmet, this modular set will let you make a variety of shelving to decorate your wasteland buildings. Alongside these we want to help you enhance the look of your own buildings so there will be sticker packs of Fallout posters in various sizes to add the final touch. 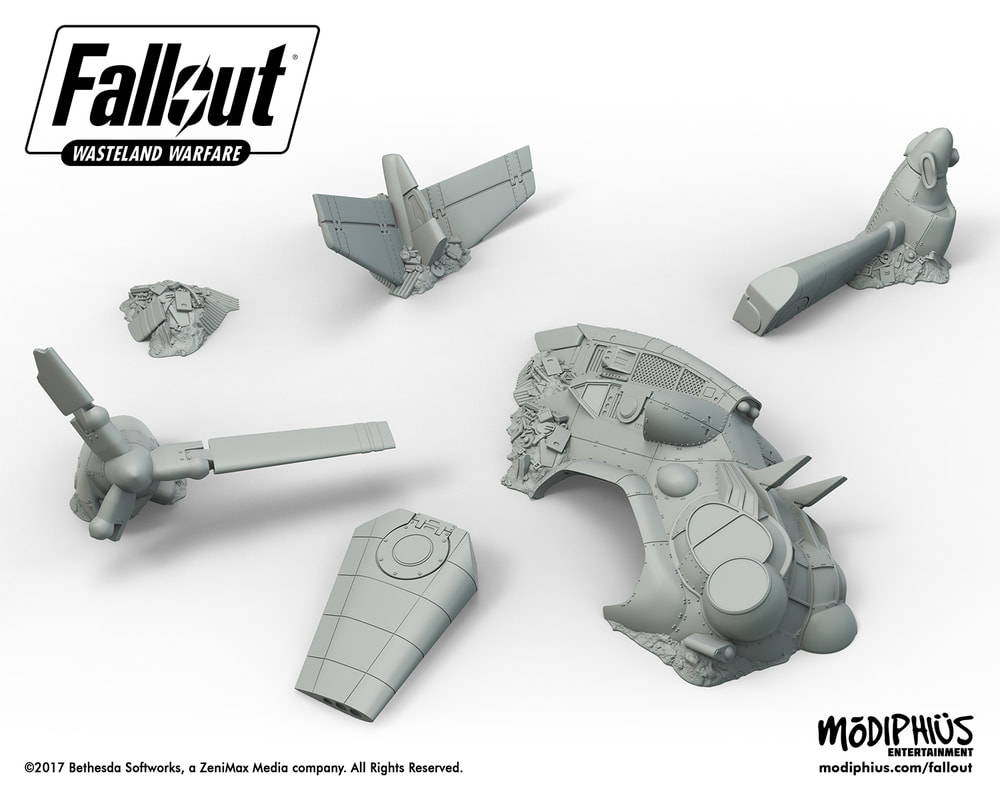 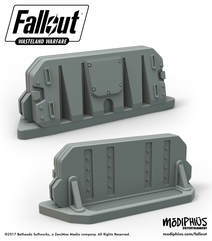 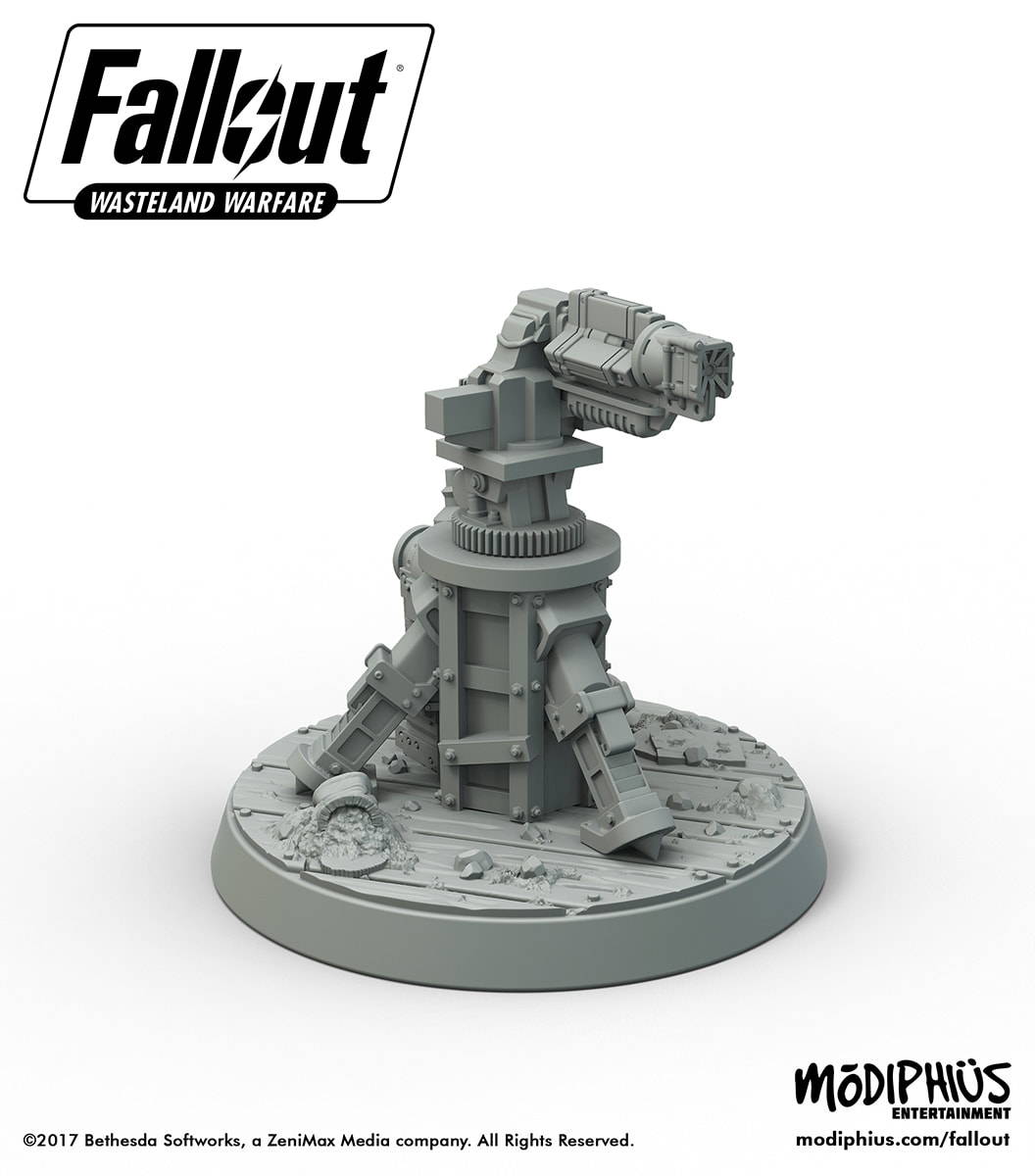 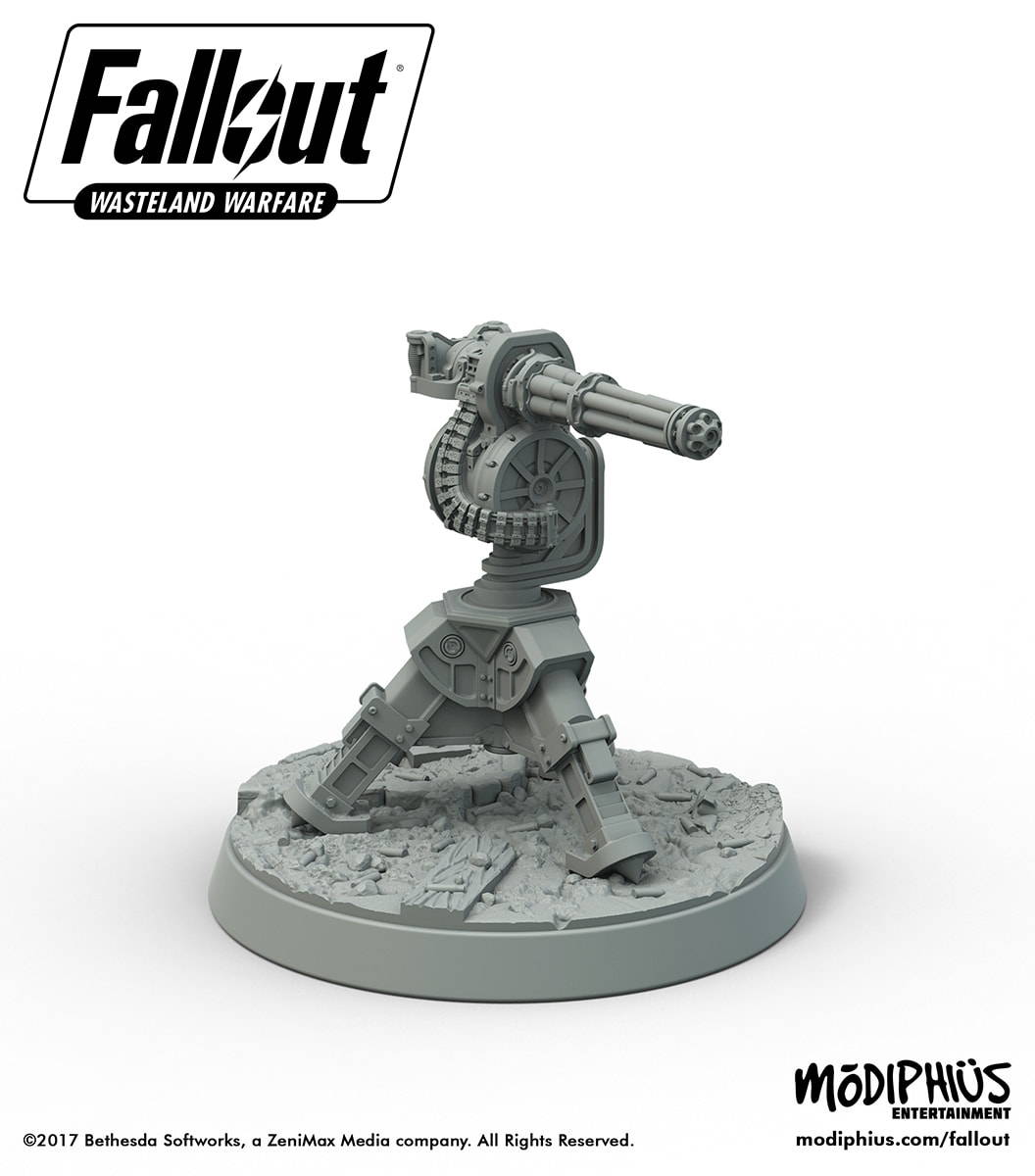 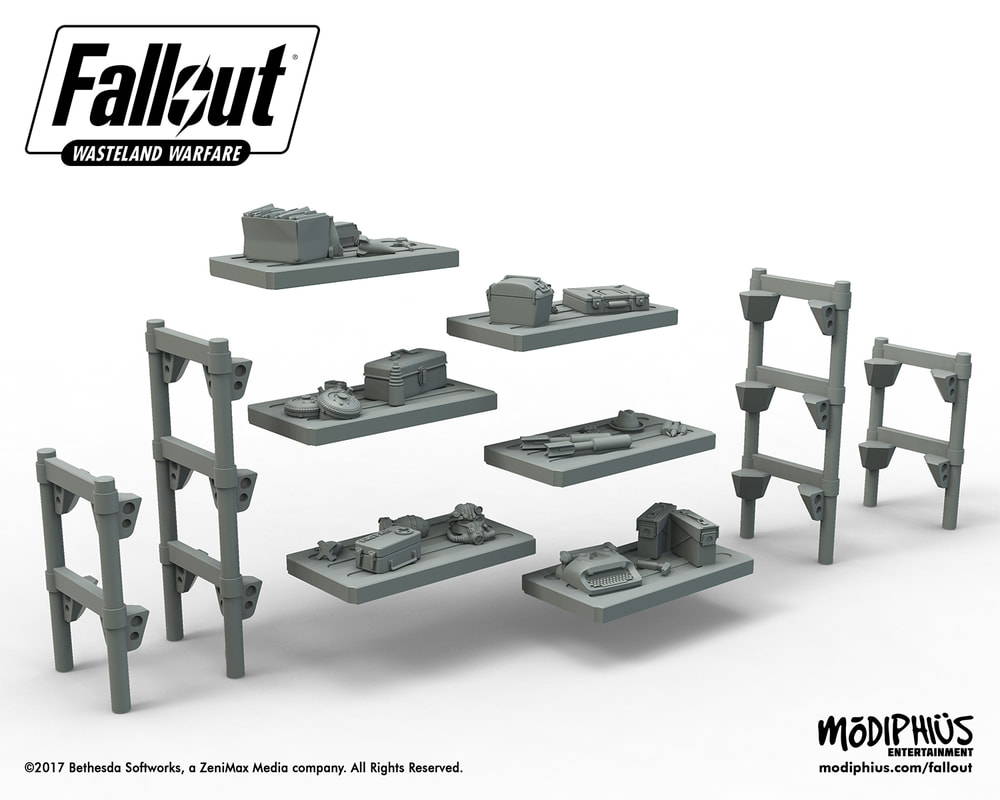 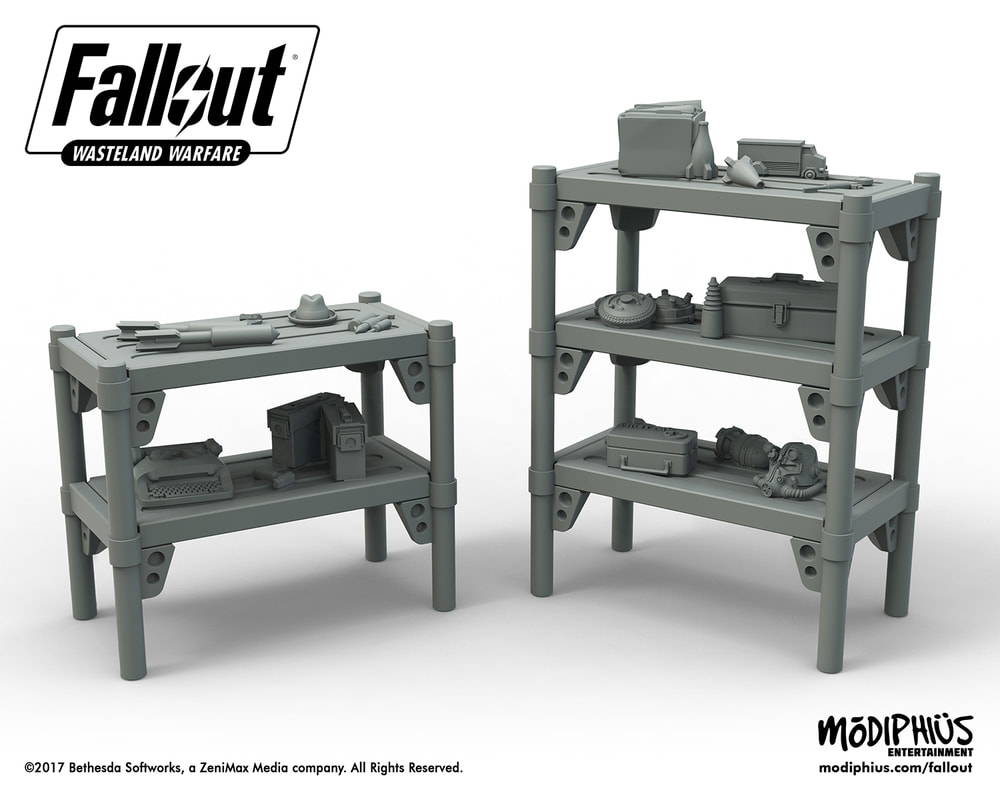 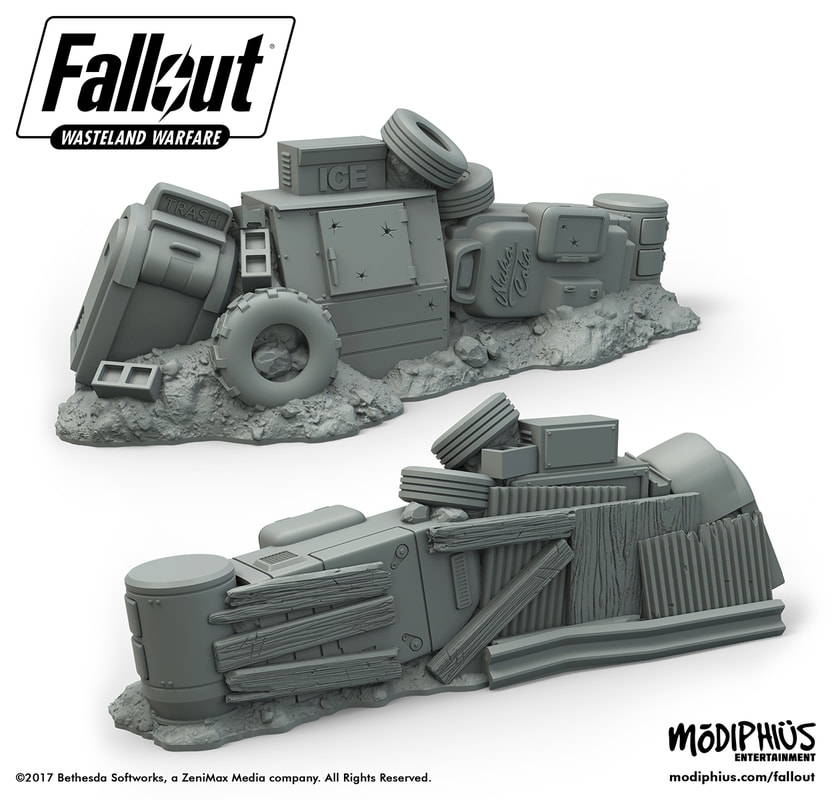 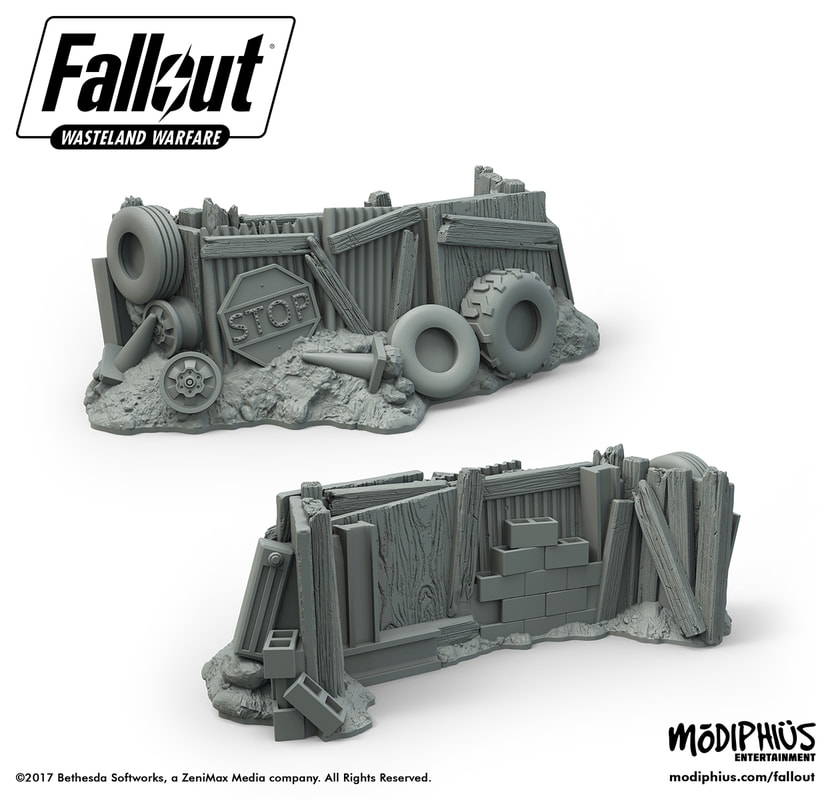 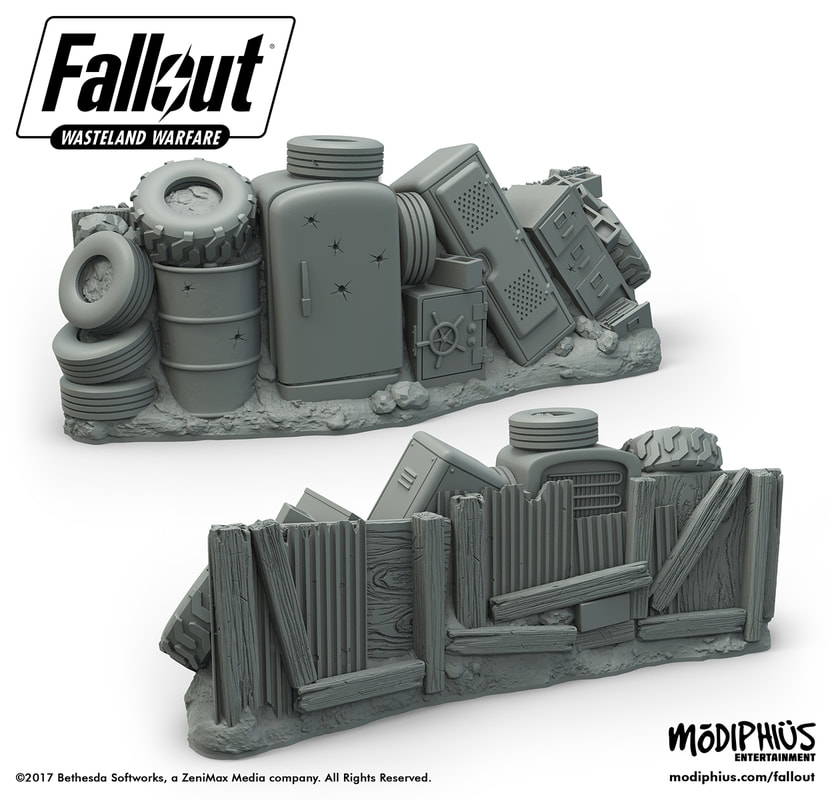