Share
Fallout: Wasteland Warfare arrived late last year and has proven to be a major hit with our audience. Players around the world are mustering their forces and fighting narrative battles across the wasteland. However, that success has come with a few sharp lessons. The pre-order for the game exceed even our wildest hopes and forced us to rapidly revise production runs upwards, which had an ongoing impact on availability, particularly at retail.

Resupplying our retailers has been our focus since the game launched, we have already reordered the core set once and its about to hit its third reprint. We also turned our production capacity entirely over to more of the wave 1 product range rather than move on to wave 2. This has pushed our initial release plans back slightly, but we are almost at the end of the process and retailers should have an easier time getting stock from wave 1 in the near future, if not already.

Production changes
To ensure we don’t have the production capacity issues with wave 2 and beyond, we have taken a few steps. Firstly we have brought our own resin facility online. Tasked with taking over all the scenery, and larger pieces such vehicles, our team has been working on a range of products to further enhance your games, the first of which will be releasing as soon as you read this update.

We have also begun to work with a US based factory. They are not quite ready to start shipping product yet, but by having a production facility both sides of the Atlantic we should be able to keep gamers in resin world wide. We will update as we get more news, but the first of the Raiders should be emerging from them soon for our American customers.

Finally, we have had to make a few changes to the way we package and sell Fallout. This will be most notable with the Wave 2 product, but will in time be applied to Wave 1 and all future products. These changes were brought on due to the lessons learned from wave 1 and should help to smooth the way going forward.

Cards
Starting with wave 2, cards will no longer be provided with the miniatures. This was a decision we agonized over, but ultimately made the call for the following reasons:

Card production has been one of the major hold ups on release. Having to sort the massive print runs into the smaller packs for each wave and product has been a task that created too many issues. By having one or more wave card packs containing every card a player buying in to that wave needs, this allows us to get more miniatures out sooner.

By splitting the various narrative decks across different products, we found writing scenarios and game content trickier than anticipated as outside of the core set we had no real notion of what players would have in their card collection. As such, we were either restricted to just cards from the core set (which would become stale in time) or else had to leave deck contents up to player choice.

While freedom of play is the beating heart of Wasteland Warfare, it’s clear some players would like a jumping off point and by moving cards into stand alone product this allows us to make structured, thematic scenarios based on locations and events from your favourite Fallout games.

Finally, by moving cards into their own product, players can more easily pick up extra cards, allowing them to field multiple single model units and more accurately represent their weapon and equipment choices.

Wave 1 product will see the removal of cards and scenarios as we sell through the remaining current stock, so future wave 1 product reprints will contain miniatures only. The wave 1 cards are being reprinted and will be sold in packs in the near future, combining the various decks into sensible thematic blocks and letting non-completionists access all of the narrative content they need to fill out their games.

This move will see the Settlement Deck discontinued as all content there is being moved in to the new wave 1 card packs.

The free PDFs of the majority of the cards will remain and continue to be added to, so players are still able to print and play the bulk of the game if they do not wish to purchase the card packs.

Price Rise
No one likes to see prices rise. However, since wave 1 production began, we have seen up to 30% cost increases in resin, card and printing. We are absorbing as much of this as possible and the removal of the cards and scenarios from boxes will help us keep prices fixed on as many products as we can. However, there are a couple of boxes that will go up price rises will be applied to re-stocks going forward:

Settlement Deck - Increased to £15 until replaced by new Wave 1 card packs
Paladin Danse & Knight Captain Cade - Increased to £25
Bridge
As mentioned, our new factory has been working on some new product The first fruits of this labour are going to be released into retail shortly. We are pleased to showcase the Military Barricades set and the junk Barricades set. Defend your settlement or take cover behind a solid defensive line with these two sets. Perfect for your Brotherhood of Steel bases or Survivor Settlements (or for your Super Mutants to knock down and get to the juicy meat behind them).

For the convertors amongst you, we are also releasing a blister pack of a number of Fallout weapons, both melee and ranged. Some of us like our models to be WYSIWYG and this blister provides the ideal opportunity to chop and change your troops and ensure they are representative of your choices. Or maybe you just want more sledgehammers in your life.

Containing pistols, rifles, melee weapons and even a Molotov, wasteland crafters will want to grab a pack or two of these for sure.

What budding settler doesn't want to keep a record of their wasteland experiences? The Fallout: Wasteland Warfare Settlement notebook comes in two designs - Nuka Cola and Vault-Tec. The notebook features five 32 page sections - each section starts with a two page Settlement sheet to detail your growing base, and then a variety of lined, blank and squared pages with Fallout themed watermarks, borders and detailing.

These sets will be ready for retail in the very near future, but read on to find out how you can get hold of them sooner.

Wave 2
The Raiders are coming! Following on from the Barricade Sets and Weapons pack, we will finally unleash the Raiders onto the Wasteland. With now fewer than 16 sculpts in the first wave (with no duplicated sculpts!), Raider players will bring a mix of numbers, chem fuelled rage and deadly shooting skills to battle.

Non Raider players will also be able to get their hands on a few extras. The X-01 Power Armour arrives, with alternate armour / Nora or Nate heads and a new Dogmeat sculpt in his armoured suit to lead your Survivors to victory. Watching on from the shadows, the Mysterious Stranger keeps a close eye on proceedings, waiting for the best moment to add his firepower to the fight.

We are also bringing some of the Creatures and Robots from wave 1 into retail, with the Robots getting a release of the Sentrybot and a multipack of Assaultrons and Protectrons. Creatures players see a new swarm of vermin with a bucket of Radroaches and the new Molerats to swarm the foe, while the hideous Ghouls get even more support in the deadly form of the Glowing and Putrid Ones.

The new models will also be sold in blister packs direct from the webstore to allow players who picked up the wave 1 models to bulk out their forces. For those looking for truly epic scenery keep an eye out for the Crashed Vertibird set.

The Wave 2 card pack contains new profiles for many of these models to give wider list choices to Robots and Creatures players who want to field larger swarms of troops. Future waves will build even further on these two forces, so keep an eye out.
Pre-Release Product

Building up stock of all the new releases takes time and we know players are keen to get their hands on some new toys. As such, we are going to be doing small runs of pre-release product for the truly dedicated.

These products will likely ship in plain not retail packaging, but let mega fans get the drop on their painting queues and start trying out the new models and profiles. The first products will be available to order direct from the store shortly including the barricades and weapons. These are not pre-order items, but stock in the warehouse ready to ship. So, if you place an order, you will be receiving them shortly thereafter. Note, stock is limited so once its gone you will have to wait for retail release.

Future products will be released in a similar fashion in time, starting with the Raiders, so keep an eye out for announcements of when there is stock.

Development
As part of our ongoing investment in the Fallout Game (and one or two secret projects) we have recruited a fair number of new developers. This new blood will help us more rapidly develop and playtest product, ensuring more regular releases and better balance (if they do their job properly). We’d like to welcome Gavin to our ranks of Line Manager and Aled, Giles, Ethan, Paul, Charlie, Jono and Jason to the development pool. Their efforts should be felt by players soon.

RPG
The big news that you should have seen is Wasteland Warfare is getting its own RPG (click here for more info)! Fans have been requesting this from before we even launched the game and we’ve even heard of players putting their own RPG ideas on the table. The Fallout: Wasteland Warfare RPG allows players to take small parties of archetypal characters into the furthest edges of the Wasteland, fighting all manner of creature and levelling up their stats and gear.

The best bit, the game uses the core of Wasteland Warfare, the same miniatures, dice and many of the same cards. So, if you have a collection of models and cards you are already almost ready to go.

Full details will emerge in the next few mon​ths and all being well players will get the chance to start adventuring by the end of the year.

Beyond...
We've got a lot on the slate and our ambition (with the new dev team and increased production capacity) is to see Wave 3 and 4 also land this year - that's the Institute and Enclave along with expansions for the existing Wave 1 . On top of that we're continuing to expand the game engine - you can expect the Wandering Mode which will let you use create truly random missions and adventures on the fly, the awesome Liberty Prime model, a special map mode, lots more linked narrative missions, and new campaign models to keep you busy.

Summary
That’s the end of the latest update. It’s been a while since we last posted and this has been quite a weighty update, but we wanted to keep players in the loop and give them a heads up on what has been happening behind the scenes and what is going to be changing going forward.

If you have questions, please do shout on the forums and/or Facebook page so we can address them.

Thanks for all your patience and support for the game, we have a huge amount in the pipe and all being well there will be two if not three new factions hitting the table by the end of 2019. 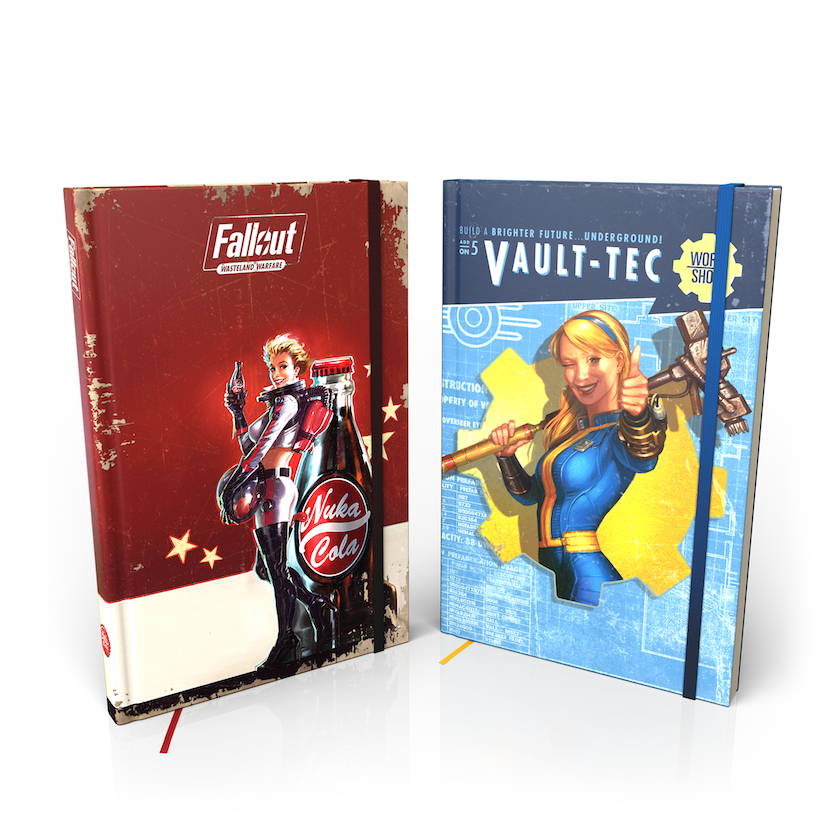 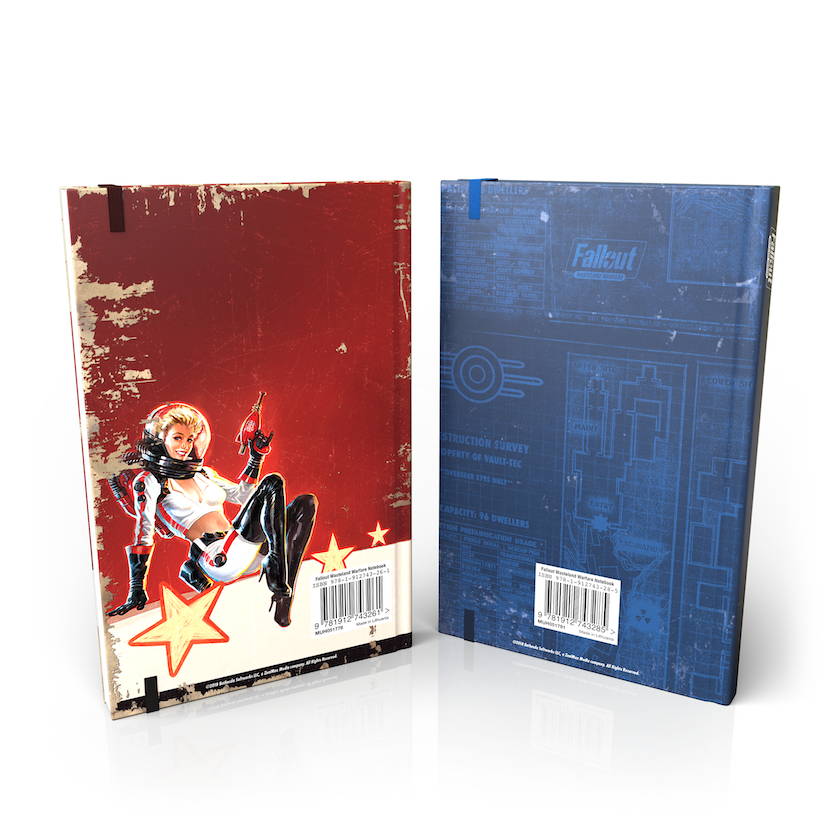 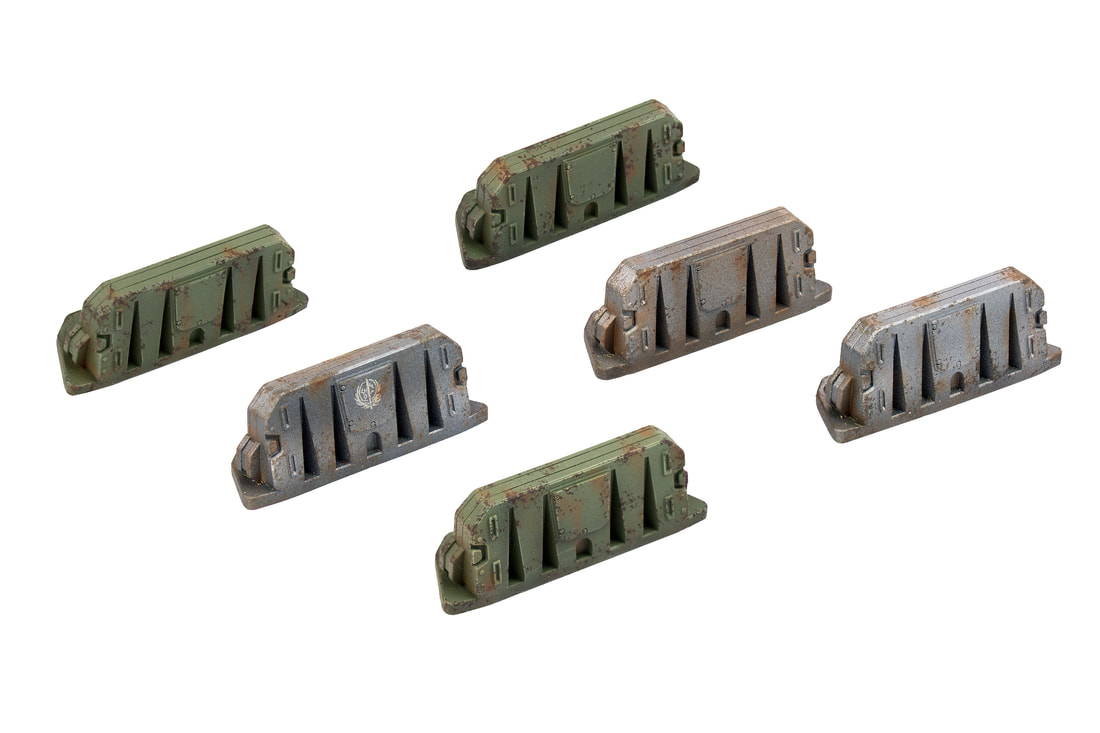 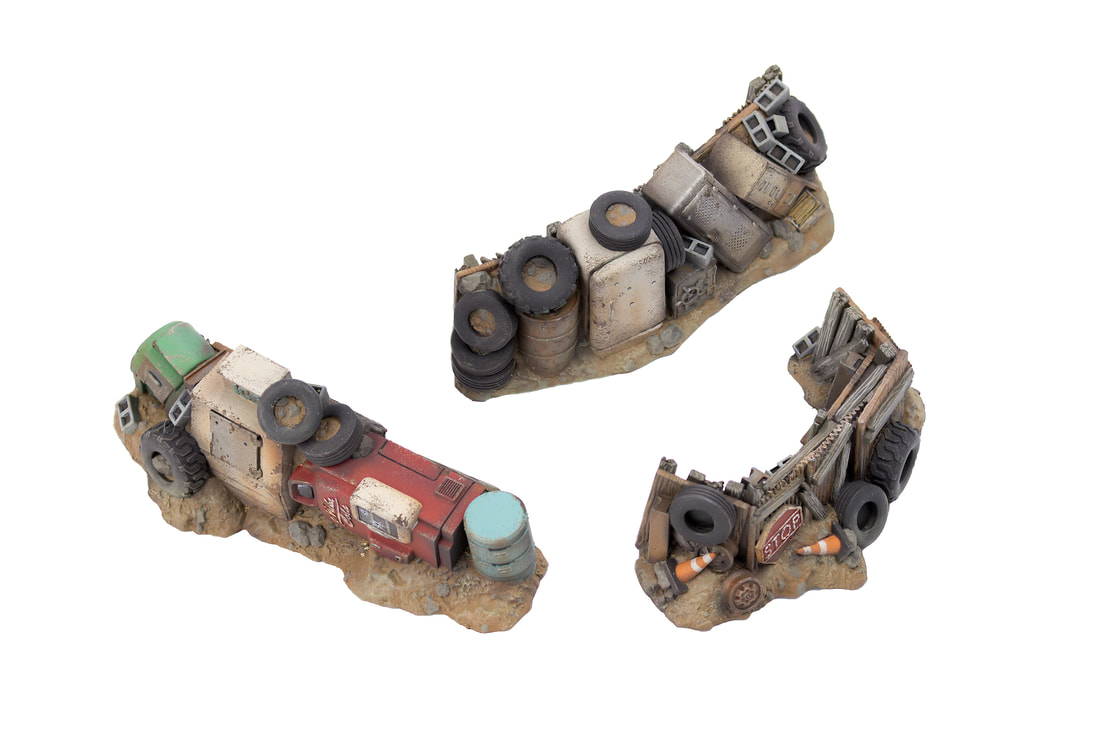 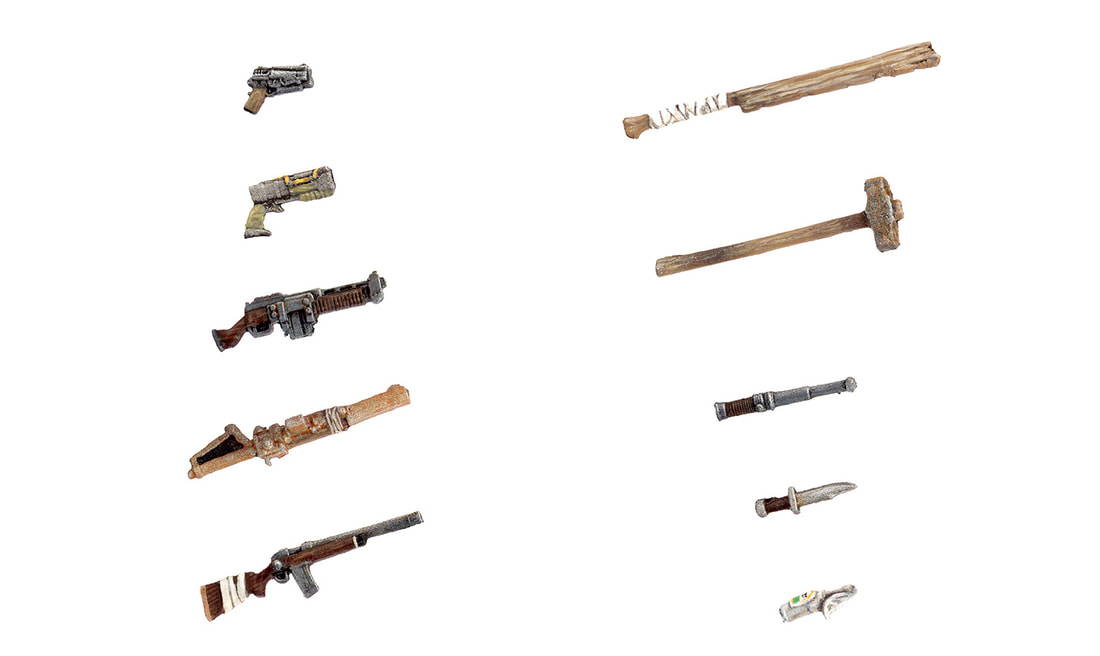 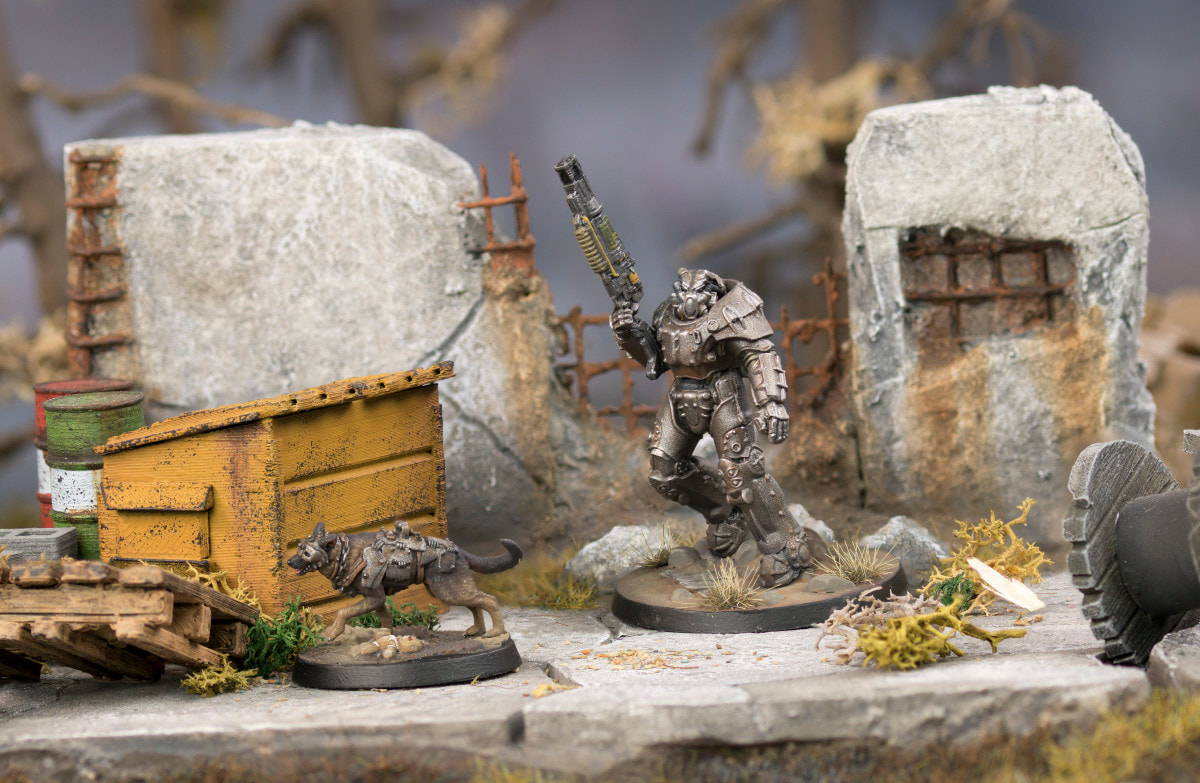 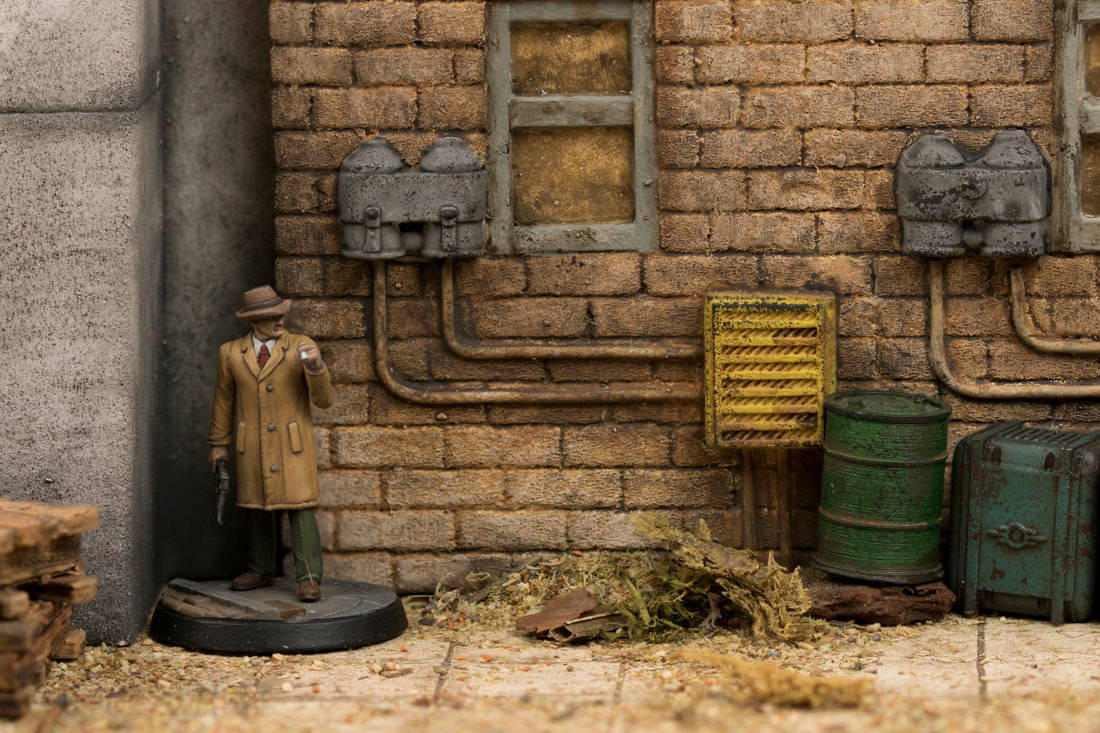 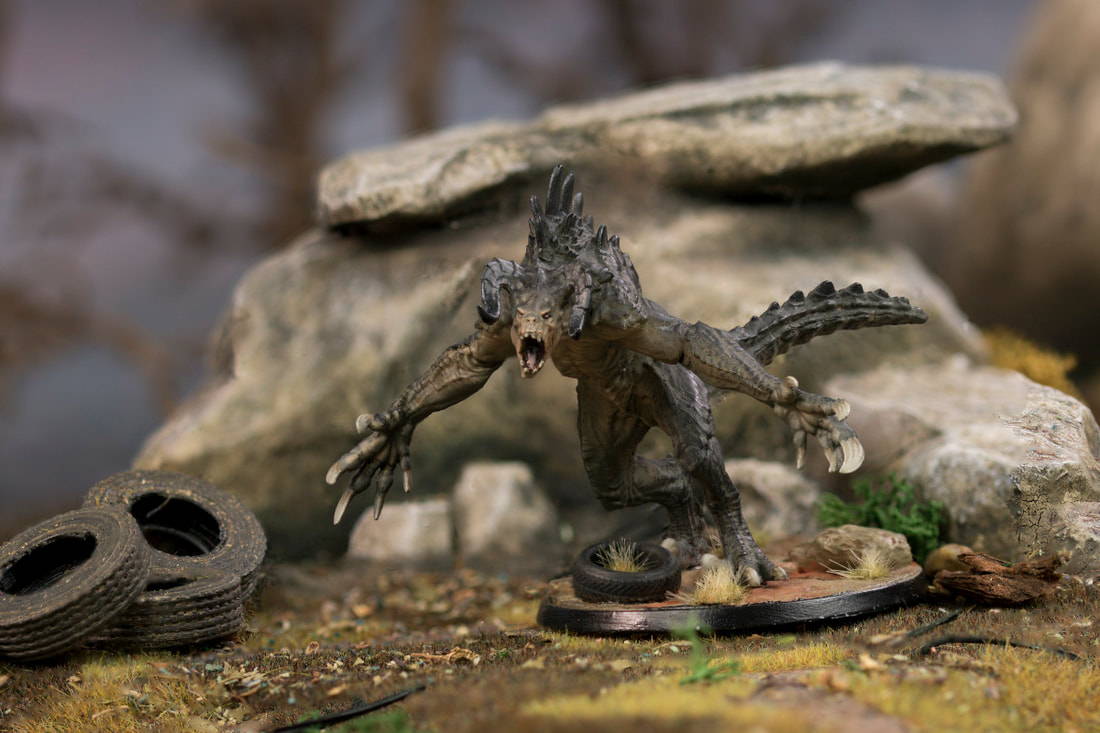 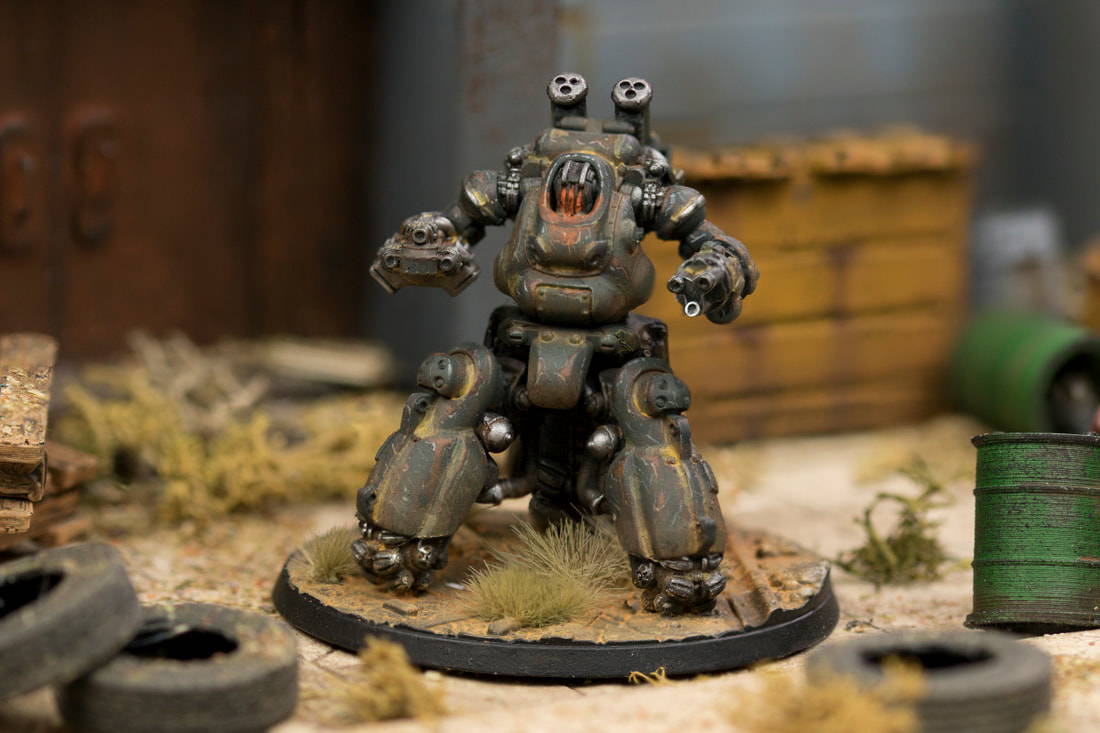 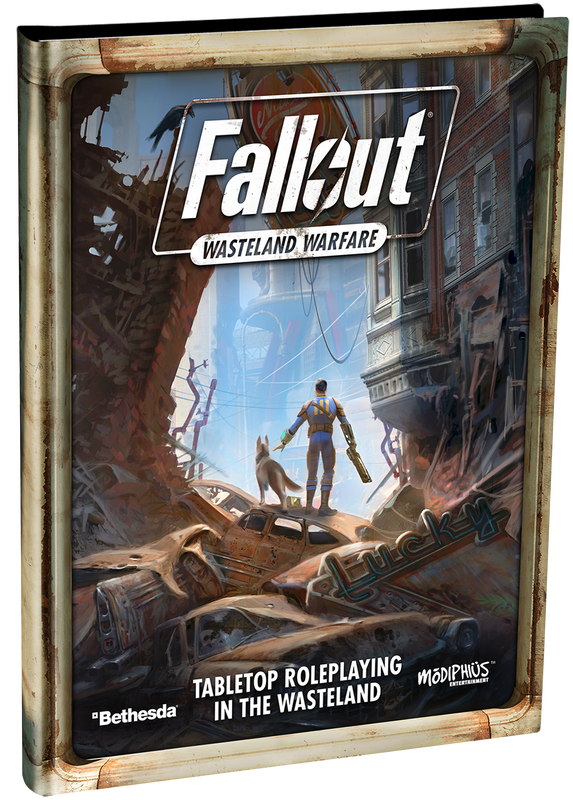