Can you tell us a bit about yourself?

That’s a question I have struggled with my entire life! But, I suppose, in the gaming world, I am best known as the creator of the miniature games Frostgrave: Fantasy Wargames in Frozen City, its spin-off Ghost Archipelago, and, of course, Rangers of Shadow Deep. I’m also a frequent blogger on all kinds of gaming, painting, writing and reading topics over at https://therenaissancetroll.blogspot.com.

Can you tell us more about the new Rangers of Shadowdeep Deluxe edition?

A little over a year ago, I self-published a game called Rangers of Shadow Deep. I called it a ‘Tabletop Adventure Game’ because it didn’t fit neatly into any of the normal gaming categories. I guess you could call it a solo or co-operative narrative wargame, and it is true that it relies on miniatures and terrain, but in many ways, it is closer to solo, or at least game-master-less role-playing game. Basically, you make up a character a character, in a style akin to an RPG, recruit a few companions, and go on a series of missions that are played out on a tabletop. The game proved a hit in the independent gaming world, and after a while, Modiphius came knocking with an offer to produce a Deluxe Edition…

How would you define a narrative wargame?

I don’t, or at least I try not to worry too much about definitions. Basically, with Rangers, I am trying to give the players a setting and a framework that they can use to create and experience the story of their Ranger during a desperate war. I give the scenarios, the situations, but the players provide the character and really create ‘the story’ as they play through the scenarios.

What are the differences between the new deluxe edition and the original game?

First up, it is going to look beautiful. The original edition could only be obtained either in PDF or Print on Demand. The Deluxe is going to come with a faux leather cover, quality paper stock, and a new slick design. It’s got some new artwork in it as well. In-game terms, I’ve now had a year of playtesting and player feedback that I didn’t have before, so I’ve changed a few rules here and there to hopefully make it more fun and have it flow better. I’ve incorporated some character building options, most notably a greatly increased spell list, that originally appeared in one of the supplements, but really belongs in the core rules. Finally, I’ve introduced ‘Challenge Levels’ to all of the scenarios for players that really want to up the danger of their games, or for players who might want to play them again with higher-level rangers.

How does the narrative aspect of the game influence what players decide to do against enemies? Should players stick to the principles of their characters or satisfy the narrative-based achievements of the scenario?

This is one of the real strengths of solo and cooperative gaming – I don’t have to answer the question! Essentially, it is up to the individual players to decide. Rangers can be played like a tactical wargame, with a focus on winning, or it can be played more like an RPG, making decisions based on the characters. I personally, find the second option more enjoyable, but some people prefer the former. That’s fine, the game can accommodate both. 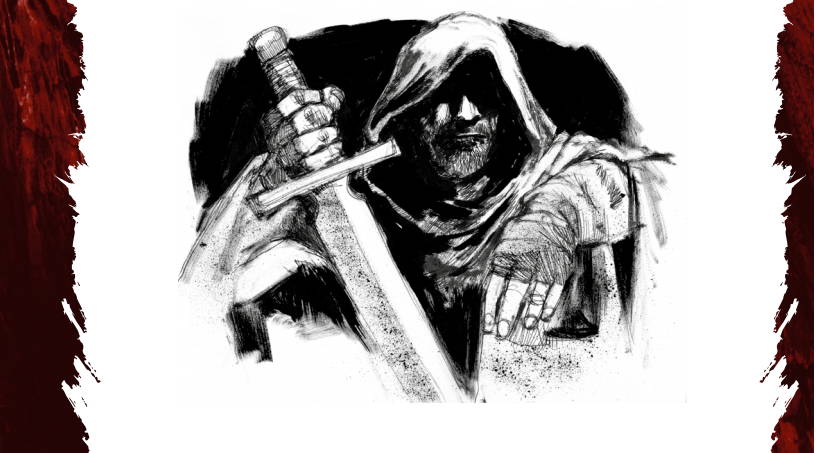 What are the differences between Frostgrave and Rangers of Shadowdeep?

Although the games share some mechanics, they have a very different feel. Games of Frostgrave tend to feel like the climactic battle scene in movie, filled with chaos, destruction, and hilarious moments. While players can connect them into a campaign, the overarching narrative tends to be less important than the specific scenarios. Rangers is more of a slow burn, each scenario, and each mission of connected scenarios slowly builds the story. There are plenty of moments of high drama, but the rangers have to get there, and this journey is half the fun.  Also while Frostgrave is ultimately about accumulating treasure and power, Rangers is about warriors fighting for a higher ideal, and treasure generally plays little part in determining if they have won or lost. Games of Rangers have numerous different objects from solving mysteries, gathering information, rescuing prisoners, taking out enemy targets, or sometimes just getting out of a situation alive!

What is the replayability of the adventures in Rangers of Shadow Deep?

In most cases, a scenario can be played multiple times. The way ‘Events’ work in the game means that no two sessions of the same scenario are going to play out exactly the same, events will happen in different orders and some may not happen at all. That said, I have used Rangers as a chance to experiment with a lot of different scenario mechanics. There are some scenarios that rely on hidden information, and while you can play them again, and they will play out differently, you can’t unlearn the secrets!  I try to provide a variety of both types.

What makes Rangers of Shadow Deep different from other narrative-driven dungeon crawl Esque games like Descent?

First up, it is very much NOT a board game. Almost nothing in Rangers is ‘fixed’ the same way it is in a board game. It uses a ‘table’ like traditional wargames, and while I give guidelines for setting up terrain for each scenario, every player’s table is going to look different based on their terrain collection, and this will influence their game and their story. Players are encouraged to create their own characters, with their unique companions, and not be tied to fixed ‘characters’.  Finally, the game serves more as a starting point, and really encourages people to modify the rules to better suit themselves or create new scenarios and adventures that continue the narrative that they want to tell with their characters.

What one piece of advice do you have for tabletop games designers?

Fun mechanics are more important than ‘realistic’ or ‘logical’ ones. If you aren’t having fun as a designer, the players won’t either. So, at every step, ask yourself – is this fun? And, how could I make this more fun?  Let your ideas drive the mechanics, not the other way around.

What are your favourite games you're currently playing?

I’ve recently gone back to a few games that I consider core in my development as a game designer so Silent Death, a space-fighter combat game, Robo Rally, the board game by Richard Garfield, and the Savage Worlds RPG.

Maybe just a quick word on my philosophy as a game designer. I think that the best games are starting points that encourage players to bring their own creativity to the game. Maybe that’s creating characters, scenarios, or plot-lines, or maybe it’s painting miniatures and crafting terrain. Games should be instruments for finding the parts of the hobby that we love, and really pushing deep into those areas. That is something I have really tried to accomplish with Rangers of Shadow Deep.

The Rangers of Shadow Deep Deluxe Edition is available for pre-order now here.